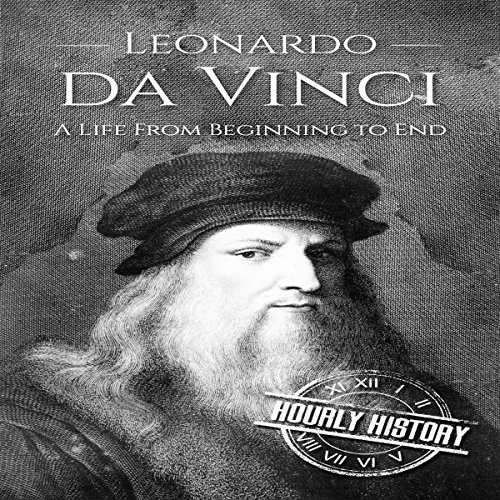 Leonardo da Vinci: A Life From Beginning to End

Leonardo da Vinci: A Life From Beginning to End

Creativity is in our bones. It is found in our very DNA, something not known to Leonardo da Vinci or anyone else who lived in his day and time. All he did was to uncover the hidden genius which lay within himself, and he used that inner genius to the very best of his abilities. Leonardo da Vinci is best known for some of the world's most masterful paintings, but he was so much more than merely another artist with paints and brushes. Born to a peasant woman in 1452, Leonardo would go on to astound the world he lived in with his artistry and his inventions. Inside you will hear about....

In this audiobook, discover for yourself the brilliance of da Vinci. Uncover some of his best works of art, including the Mona Lisa, and see why he kept so many notebooks and observations about everything under the sun. See where his far-reaching talents led him, and how you can be more like Leonardo da Vinci than you ever thought possible.