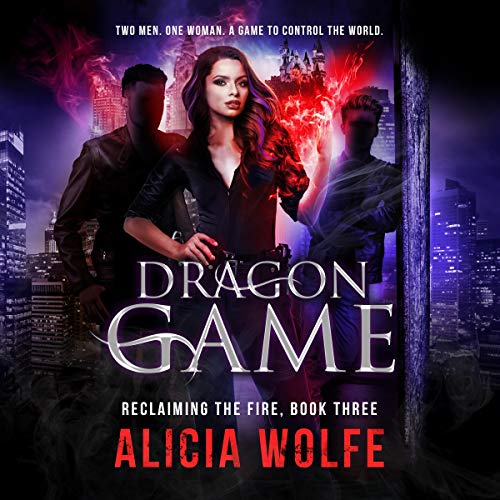 Big change has come to the world, and Jade McClaren is smack in the middle of it.

Jade used to be a cat burglar out for no one except herself and her sister, but now she’s part of something bigger. She’s a fae knight, one of the few tasked with policing the supernatural elements in post-fae-rival New York City. Teamed up with a handsome fae knight named Davril Stormguard, she must investigate magical crimes, some of which she used to commit.

Their primary focus now is a fae lord named Nevos, who happens to be Davril's evil brother. He's crossed over into our world, and Jade and Davril have to stop him before it's too late.

When word comes that Nevos has been seen consorting with the guild of thieves, Jade goes undercover in the guild to find out what he's up to. Surrounded by crime and vice, can Jade resist the lure of her old life, or will she stay true to the values of the fae knights?

Things get really sticky when she meets Nevos himself. Not only is he dead sexy, but he knows more about Davril than Jade has ever learned before. Nevos has secrets on top of secrets.

One thing is for sure - if Jade can't get to the bottom of it all, and find out what's true and what's not true, meanwhile avoiding all sorts of fantastic dangers (not least the hot spark between her and Nevos), the Shadow will gain a foothold in our world.

When brother fights brother, the pillars of the world will shake. But with Jade between them...they'll shake harder? Things are looking dangerous in post-fae-rival New York.

Note: This is the third book in the Reclaiming the Fire series, but all the books in the series can be listened to as standalone novels.