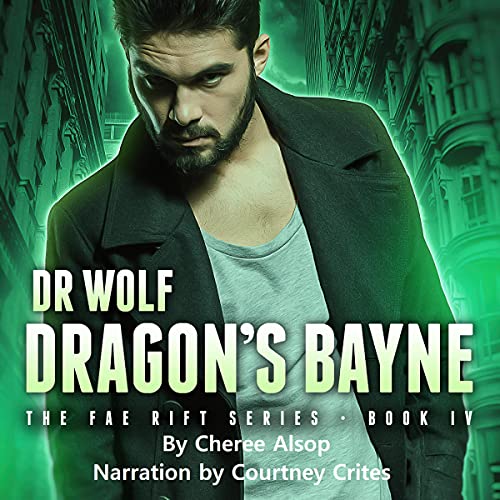 The fae are in trouble.

Rumors of a dragon have rattled Edge City along with mangled bodies that throw a light of distrust on Dr. Wolf.

Can he sacrifice enough?

Protestors warn against the werewolf doctor, while Dr. Wolf pushes himself to the limits to save more fae that have fallen through the rift into a scared city.

The fourth book in a captivating new paranormal series.

Desperate to save Lilian, Aleric goes back to Blays. But when he finds the city of his youth under attack from terrifying creatures, Dr. Wolf realizes he might be the only one who can save it. Torn between protecting his home or saving the woman he loves, Dr. Wolf faces a fight that might destroy them all.