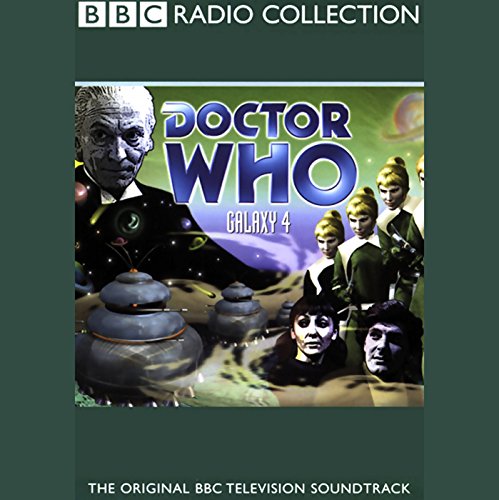 First Doctor William Hartnell is caught in the battle between good and evil in this exclusive audio recording of a 'lost' television soundtrack, with linking narration by Peter Purves.

When the Tardis lands on an arid planet, it seems as though the whole place is desolate and lifeless. But then the Doctor, Steven, and Vicki discover two crashed spaceships: one contains the Drahvins, a race of stunning beauty; the other contains the hideous Rills. However, as the team soon finds out, appearances can be deceptive. It emerges that the beauty of the Drahvins hides a colony of mindless clones who are controlled by the cruel, powerful matriarch Maaga, whereas the ugly Rills are friendly and intelligent explorers.

The Rills tell the Doctor that the dried-up planet is about to die. Back in the control room of the TARDIS, he discovers they are right, but things are worse than they thought. There is only one day of life left...one day to escape.

With the Drahvins' ship damaged beyond repair, can the Rills get off the planet before the evil Maaga hijacks their craft in her own effort to escape?

A great way to experience a lost story

Galaxy 4 is nearly unique among lost Doctor Who stories in that almost no footage and no telesnaps exist, only publicity photos and fan-recorded audio. This makes visual reconstructions difficult viewing (and the monotonous score doesn't help matters). Thankfully, the audio is greatly enhanced here, and Peter Pervues' narration turns what is many fans' least favorite 'lost story' into a rather enjoyable audio adventure.

The Tardis crew try's to help two stranded alien races on a doomed planet. One race is a group of beautiful female warriors, the other group are hideous looking creatures with robot servants. Who is really the bad guys of this tale . The morrow of the story is, don't judge a book by its cover. Clever story from a great show.