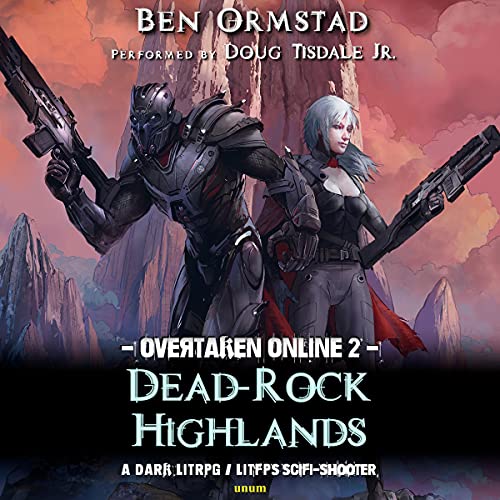 [Overtaken Online. The world's first FPS VR-MMORPG with 100 percent immersion. Reminiscent of classics like Doom and Dead Space, but with RPG-elements that enable players to level up and develop skills – and sprinkled with a pinch of magic.]

After Dex Walsh rescued the Warrior-Medic Frida and the Battle-Marine Hiko, and they together saved a community of mutated beings from a sudden daemonorg attack, they’re now finally able to escape the filthy Prison-Lab.

Having felt the daemonorgs’ macabre ingenuity and brutal power on their own bleeding bodies, Dex and his companions see only one solution to stopping these horrific beasts from devouring the entire planet:

The Godmadrigan Army has to join forces with the highly advanced alien race known as the Celestials.

But how to create an alliance where only distrust and even hate exist?

During a nightly meeting around the campfire, they suddenly get violent visitors - and Dex seizes an opportunity that will hopefully lead him on the right path to one day become a Cyber-Mage....

[Keep your weapons loaded and senses sharpened as Dex, Frida and Hiko traverse the Dead-Rock Highlands while killing demonic aliens, rescuing innocents and leveling up.]

I didn’t want it to end

I really enjoyed the story, Definitely a good continuation of the series. I liked it

Better than book 1 if that was possible and a great ending that made me hungry for more. I can't wait to get my hands on book 3.