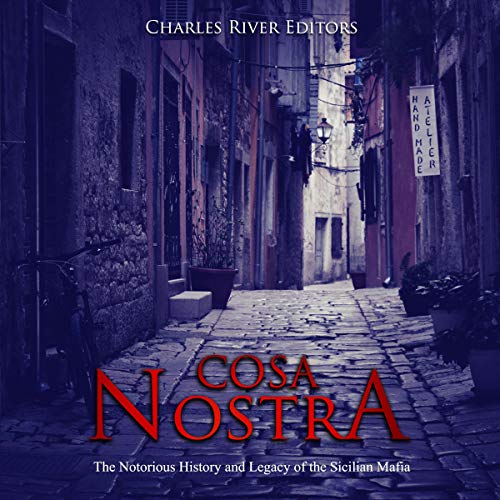 Cosa Nostra: The Notorious History and Legacy of the Sicilian Mafia

"[T]he term mafia found a class of violent criminals ready and waiting for a name to define them, and, given their special character and importance in Sicilian society, they had the right to a different name from that defining vulgar criminals in other countries." (Leopoldo Franchetti, 1876)

It is hard to find an island on the map more central than Sicily. Located at the crossroads between Europe and Africa, and between the Eastern and Western Mediterranean, Sicily has rarely been governed as an independent, unified state, yet the island has always occupied a front-row seat to some of the most important events in history, and nowhere is this more obvious than during antiquity.

Over the course of the 19th century, the people of Sicily found themselves at the center of a struggle for freedom, one that ended up being long and often very bloody. It was during these crucial years of struggle that the Sicilian mafia, La Cosa Nostra ("Our Thing"), started to take shape. The original word "mafia" was a part of Palermitan slang, and although the origins of the word are not completely certain, some linguistic historians believe it originally meant "flashy". One historian of the mafia, Salvatore Lupo, helpfully suggests that it was used in its earliest iterations to vaguely refer to a "pathological relationship among politics, society, and criminality."

In response to the rise of the mafia, the Italian state propagated a doctrine of Sicilian backwardness, which they used to introduce martial law and suspend civil liberties, under the pretext that they were not "ready" for the freedoms enjoyed by other Italian regions. Northerners and foreigners mistakenly (and snobbishly) believed that the mafia was just a relic of the primitive, peasant culture that had dominated the island for centuries, and that it was destined to die out once the island had been properly absorbed into the dominant, mainland culture. Others hypothesized that the corruption in Sicilian culture was just a holdover from the Bourbon government and would soon be extinguished once a formal transition was completed.

Of course, they proved to be dead wrong. The Sicilian mafia was not a criminal underworld or a form of political rebellion, but more of a kingdom within a kingdom. In other words, according to historians of the mafia, it was a network of hidden power, an alternative hierarchy that sometimes worked in concert with and sometimes superseded official forms of law and order.

By 1890, the Cosa Nostra had already developed into a sophisticated criminal organization with a great deal of blood on its hands. In fact, its tentacles reached into the highest levels of politics and beyond the borders of Sicily and Italy, traveling across the Atlantic to the United States. Today, their power has been dwarfed by the Neapolitan mafia, La Camorra, yet the Cosa Nostra has continued to wreak havoc in Sicily. In 1992, they were responsible for one of the most high-profile assassinations in Italy since the fall of fascism.

Ironically, the murderous actions of a small segment of society have caused the Sicilian people in general to be perceived as "mafiosi", even though the vast majority of them have been victims rather than perpetrators. Cosa Nostra: The Notorious History and Legacy of the Sicilian Mafia examines how the world’s most famous mob formed, its inner workings, and the events that made it feared around the world. You will learn about the Sicilian mafia like never before.

Modestly Informative but Rather Tedious

The content is a bit like that of an encyclopedia. It's factual but certainly not much in the way of any engaging stories. Covers a couple hundred years plus of Sicilian history. In my humble opinion, this really does not provide much significant insight into the culture that quite literally created the loathsome traits or merciless mafia men and their organizations.