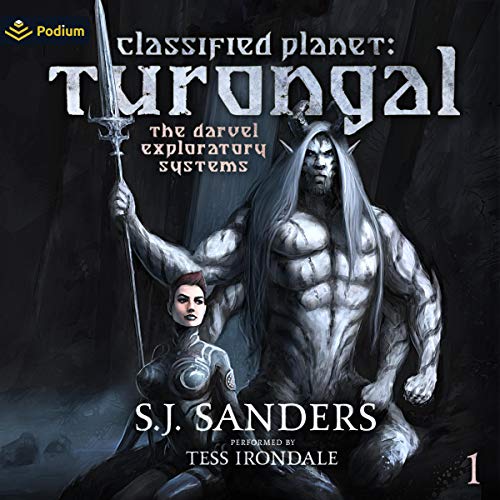 In the future: A united Earth, to deal with the problem of population control, divides its population into classes of citizen and non-gratis.

To be born a non-gratis means a life of little freedoms and the constant possibility of being assigned to work on a colony. Lacking citizenship, every aspect of their life is controlled from where they live down to marriage and childbearing regulations. The only possible escape from life as a non-gratis is to qualify for one of the limited slots available for entrance into the military. For most, however, it is the only life that they will ever know.

Charlie has prepared her whole life for the possibility that she could be shipped off to work in a colony, so when she is selected for part of the initialization phase colony laborers, she is determined to make the best out of a new life on a very different and hostile planet. Assigned as a labor assistant in the exploratory lab seems like a step up in the right direction for her. Caring for the wildlife specimens is far preferable to working as a laborer, preparing the first of the fields, or in any of the common industries.

That is, until a vaguely humanoid specimen is captured and brought in. The promise of death that clings to it is fulfilled when it breaks out from containment and she finds herself hostage to a being with a thirst for vengeance. Far away from the colony, Charlie is forced to carve out a new life for herself in a dangerous world, but will she be able to safeguard her heart from the biggest threat of them all: a male who is determined to claim all of her.

This book contains some scenes of graphic violence and sex.

This is a great story. Once again SJ Sanders has woven a wonderful escape. Tess Irondale magnificently brought life to the characters by seamlessly going from one character to the next. The narrator was wonderful and was dedicated to artfully acting out the wonderful scenes written by Sanders. I’ve read many books and purchased multiple audiobooks by SJ Sanders and I’ve enjoyed them all. I would definitely recommend this audiobook!

OK, I could get into this one.

This was great, action, adventure, hot sex, great narrator, all the makings for a great story.

This book follows lock step in the footsteps of many books in this genre; however, I enjoy this land of make believe and the dynamics between alien and human; throw in a meddling sibling and it makes things more interesting. Narrator did a good job with characters. Will listen to the next book in series.

A good original storyline with great characters. A a real story of contact between anything that human found in galaxy