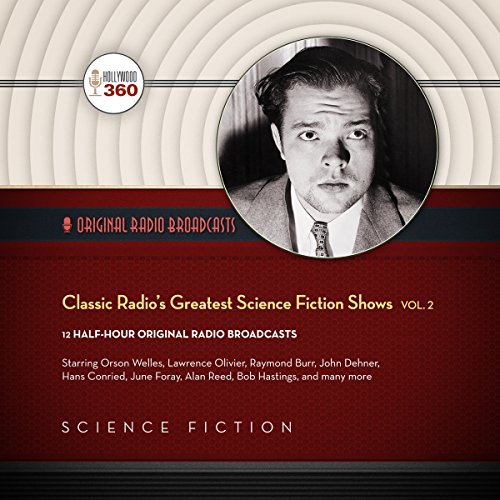 This collection contains 12 episodes from the greatest science fiction shows ever broadcast during the golden age of radio, including a two-part Suspense episode starring Orson Welles, written by Curt Siodmak, author of The Wolf Man, one of Universal Pictures' biggest hits. Other classics include stories by H. G. Wells, Robert Heinlein, Frederick Pohl, and Murray Leinster on Dimension X, Escape, and X Minus One.

Relive 12 of the best science fiction radio shows from yesteryear and the legendary stars that made them great in this incredible collection.

Included are the following shows and episodes: