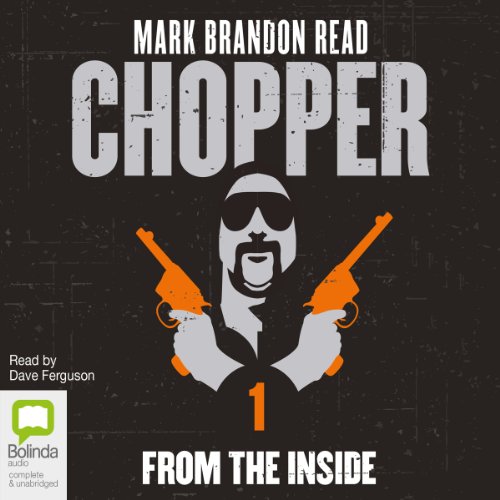 Mark Brandon 'Chopper' Read is the son of a strict Seventh Day Adventist mother and a shell-shocked former soldier who slept with a loaded gun at his side. Bullied at school, he grew up dreaming of revenge ("There are none so merciless as those who have been shown no mercy", as he later noted). He became a criminal legend who terrorised drug dealers, pimps, thieves and armed robbers on the streets and in jail - but boasts he never hurt an innocent member of the public.

This first story of Chopper's memoirs, written from inside jail and laced with his trademark brutal humour, tells the story of his early life of crime - from streetfighter to standover man, gunman to long-term prisoner - and launched his career as a best-selling author.

want to scare a out of conteol teenager have them read this book and it is a story of wasted life.