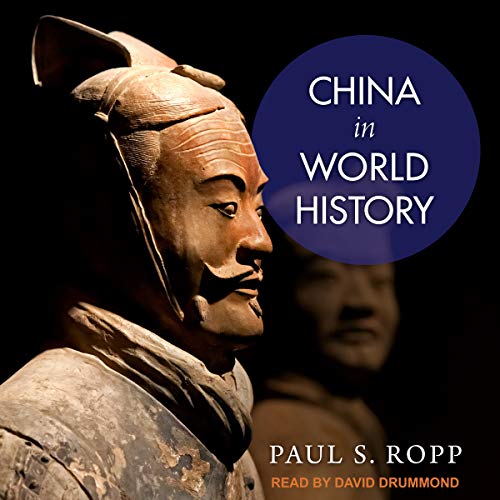 Here is a fascinating compact history of Chinese political, economic, and cultural life, ranging from the origins of civilization in China to the beginning of the 21st century. Historian Paul Ropp combines vivid story-telling with astute analysis to shed light on some of the larger questions of Chinese history. What is distinctive about China in comparison with other civilizations? What have been the major changes and continuities in Chinese life over the past four millennia?

Offering a global perspective, the book tells how China's nomadic neighbors to the north and west influenced much of the political, military, and even cultural history of China. Ropp also examines Sino-Indian relations, highlighting the impact of the thriving trade between India and China as well as the profound effect of Indian Buddhism on Chinese life.

Finally, the author discusses the humiliation of China at the hands of Western powers and Japan, explaining how these recent events have shaped China's quest for wealth, power, and respect today and have colored China's perception of its own place in world history.