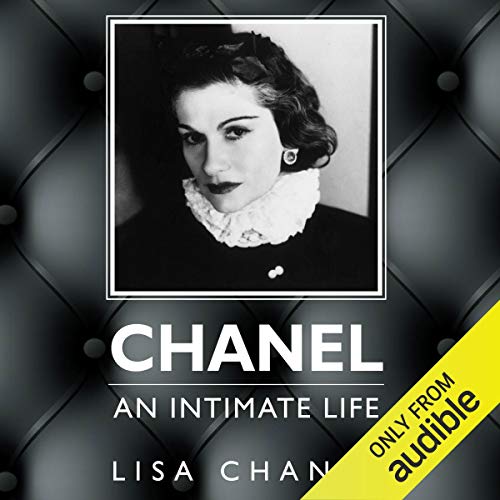 By the end of World War I, Gabrielle 'Coco' Chanel had revolutionised women's dress. But dress was the most visible aspect of more profound changes she helped to bring about. During the course of her extraordinary journey, from abject poverty to a new kind of glamour, she would help forge the idea of the modern woman. Unearthing an astonishing life, this remarkable biography shows how the most influential designer of her century became synonymous with a rebellious and progressive style.

Her numerous liaisons, whose most poignant details have eluded previous biographers, were the stuff of legend. Witty, strange, mesmerizing, Chanel became muse, patron, or mistress to some of the century's most celebrated artists, including Stravinsky, Picasso, and Dali.

I'm so fortunate find this audiobook, Chanel always makes me fascinating and most of all inspiring about fashion at my adult age.

The first half was very interesting, then it became yawn worthy and then it was just annoying

In the beginning the author says how little is documented. Out her personal thoughts, how few letters she wrote. I enjoy the history and the info how she started out in life. In the later parts of the book, for me, the author thought she was hanneling Gabriella telling someone us of her thoughts,. She thought this, she felt that. It annoyed me and I do not understand why editing didn't catch this?

For me the narration was fine.

What else would you have wanted to know about Lisa Chaney’s life?

Now you see right there, we aren't buying Lisa Chaney's life, we were BUYING a telling of Gabriella CoCo Chanel!

The author of this book had a political axe to grind, instead of providing information on Chanel’s life, most of the book covered Chanel’s life in relation to politics, and the author wants to make sure the reader associates the Nazi’s with...Republicans? Strangely, the author was also obsessed with the sexual orientation of Chanel and the artists Chanel hung around. You can mention that once or twice but between politics and the bisexual nature of Chanel, this book didn’t provide anything new! I’m very disappointed, I wish I had more insight into her life as it related to fashion.