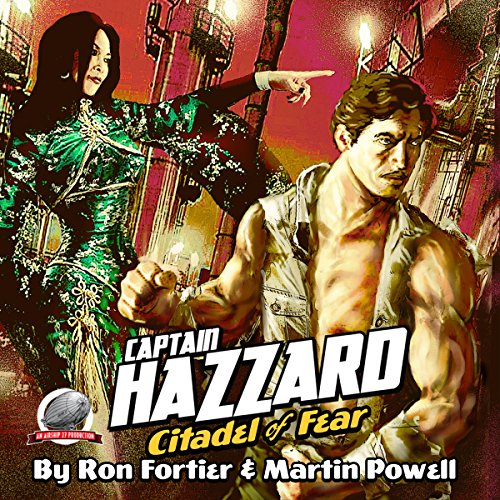 When the world's leading scientists begin disappearing without a trace, Captain Hazzard and his team of adventurers find themselves on the trail of a mastermind known only as the Green Dragon. Battling an army of mind-controlled zombies, their adventure leads them to a fantastic hidden fortress of wonder and terror and a final confrontation with the forces of evil. Horror and thrills await them at every turn.

This is old faction action adventure as it was done in the golden age of the pulps. Captain Hazzard, the one-hit wonder returns in brand new stories by Ron Fortier. Stuart Gauffi does a great job in bringing the tale to life.