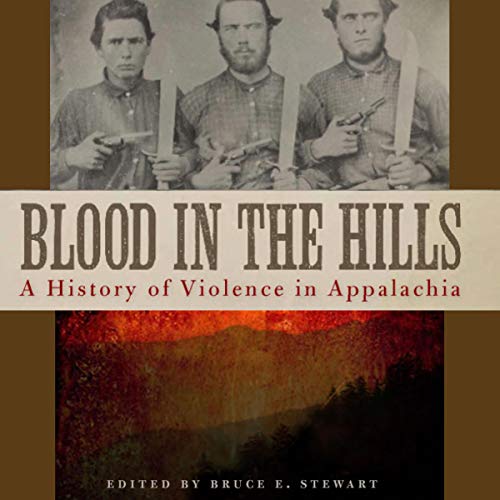 Blood in the Hills

Blood in the Hills

To many antebellum Americans, Appalachia was a frightening wilderness of lawlessness, peril, robbers, and hidden dangers. The extensive media coverage of horse stealing and scalping raids profiled the region's residents as intrinsically violent. After the Civil War, this characterization continued to permeate perceptions of the area, and news of the conflict between the Hatfields and the McCoys, as well as the bloodshed associated with the coal labor strikes, cemented Appalachia's violent reputation.

Blood in the Hills: A History of Violence in Appalachia provides an in-depth historical analysis of hostility in the region from the late 18th to the early 20th century. Editor Bruce E. Stewart discusses aspects of the Appalachian violence culture, examining skirmishes with the native population, conflicts resulting from the region's rapid modernization, and violence as a function of social control. The contributors also address geographical isolation and ethnicity, kinship, gender, class, and race with the purpose of shedding light on an often-stereotyped regional past. Blood in the Hills does not attempt to apologize for the region but uses detailed research and analysis to explain it, delving into the social and political factors that have defined Appalachia throughout its violent history.

"A lively and insightful account of a still-largely-unfamiliar aspect of the history of American slavery." (Publishers Weekly)

"A great service of expanding the literature connecting African and African American foodways with those with which we are familiar." (H-Net Reviews)

"A fascinating account, illustrative of the invisibility of individuals whose work was central to the public performance of plantation culture." (Choice)