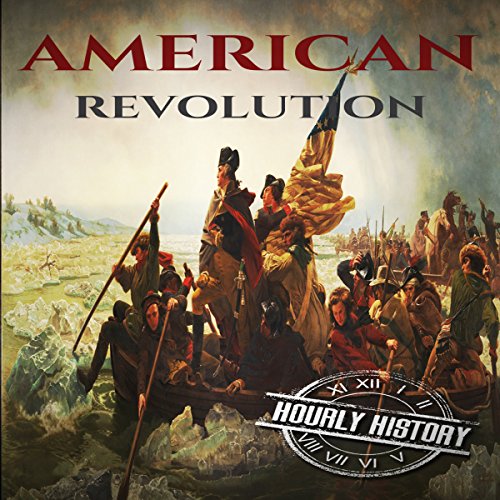 American Revolution: A History from Beginning to End

American Revolution: A History from Beginning to End

The American Revolution, which had its roots in 1765 with a rejection of British authority to tax the colonies without fair representation and ended with the British defeat at Yorktown, was one of the most momentous events in the history of the North American continent.

The odds faced by the colonists were almost overwhelming. Facing the superpower of the day, which boasted a professional army equipped with the latest weapons and the ability to properly finance the war, the rebels were reliant on the goodwill of men to continue fighting without pay and in dreadful conditions.

In this audiobook, American Revolution, you will discover the history behind the conflict and why it came about. The chapters lead you through the major events which took place, including the Boston Tea Party and the significant clashes between the armies. Other chapters include:

The rights to life, liberty, and the pursuit of happiness were what gave the colonists the impetus and courage to continue a fight, which at times looked to be a hopeless lost cause at best, to eventually win the freedom they yearned for.

The new government they created was unlike anything seen before and became a model for democracies around the world.

American Revolution is a compelling audiobook packed with historical information. If you are a student of the era or simply want to know a little more about this fascinating period of history, then this audiobook is one you cannot afford to pass by.

This quick history of the Revolutionary War contained a few nuggets that I had never heard before. Made me happy I am part of this great country. Strong founding principles and still working to achieve them all.