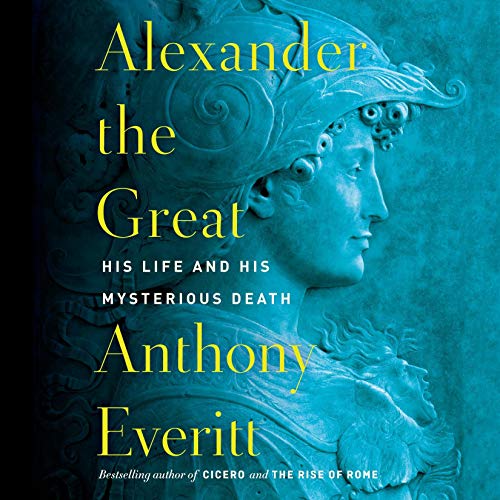 What can we learn from the stunning rise and mysterious death of the ancient world’s greatest conqueror? An acclaimed biographer reconstructs the life of Alexander the Great in this magisterial revisionist portrait.

"Reads as easily as a novel.... Nearly unparalleled insight into the period and the man make this a story for everyone." (Kirkus Reviews starred review)

More than two millennia have passed since Alexander the Great built an empire that stretched to every corner of the ancient world, from the backwater kingdom of Macedonia to the Hellenic world, Persia, and ultimately to India - all before his untimely death at age 33. Alexander believed that his empire would stop only when he reached the Pacific Ocean. But stories of both real and legendary events from his life have kept him evergreen in our imaginations with a legacy that has meant something different to every era: In the Middle Ages he became an exemplar of knightly chivalry, he was a star of Renaissance paintings, and by the early 20th century he'd even come to resemble an English gentleman. But who was he in his own time?

In Alexander the Great, Anthony Everitt judges Alexander’s life against the criteria of his own age and considers all his contradictions. We meet the Macedonian prince who was naturally inquisitive and fascinated by science and exploration, as well as the man who enjoyed the arts and used Homer’s great epic, the Iliad, as a bible. As his empire grew, Alexander exhibited respect for the traditions of his new subjects and careful judgment in administering rule over his vast territory. But his career also had a dark side. An inveterate conqueror who in his short life built the largest empire up to that point in history, Alexander glorified war and was known to commit acts of remarkable cruelty.

As debate continues about the meaning of his life, Alexander's death remains a mystery. Did he die of natural causes - felled by a fever - or did his marshals, angered by his tyrannical behavior, kill him? An explanation of his death can lie only in what we know of his life, and Everitt ventures to solve that puzzle, offering an ending to Alexander’s story that has eluded so many for so long.

"Reads as easily as a novel.... [Anthony] Everitt has a wealth of anecdotes and two millennia of histories to work with, and he delivers and interprets them flawlessly. Nearly unparalleled insight into the period and the man make this a story for everyone." (Kirkus Reviews starred review)

Fascinating story told with a brisk pace and narrated by the best. One cannot go wrong with this audiobook. In fact, I didn't listen to my car radio for the last week because I enjoyed Anthony Everitt's tale so much!

The narrator was difficult to listen to and the author drones on with quite a bit of useless information. This book is great for someone who wants a very in depth look into Alexander the Great's campaigns.

Good study of Alexander the Great

The soundly researched book avoids the potential to sensationalized this bigger than life figure. The author stays with a measured enlightened approach relying on the evidence as it is available. The story is beyond amazing enough with credible information.

The initial Chapter seems to be rushed. The skipping around with so many characters hurried to get on to Alexander. I actually slowed the pace digitally for that initial section. Once Alexander became the focus the pace was satisfactory.

Terrible narrator.ii did not like the ebook at all

Terrible narrator. I did not like this bebook at all. Boring and hardly able to understand when he was talking