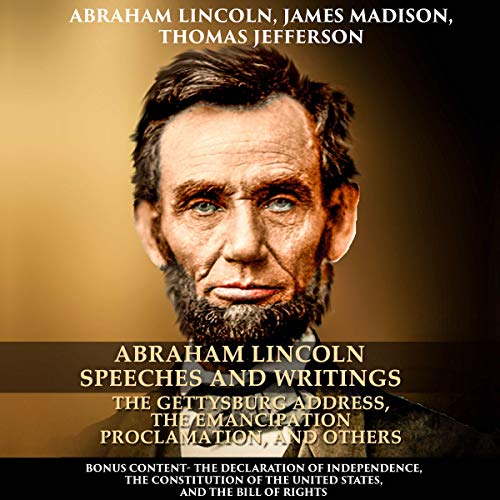 Crafted by some of the greatest minds in history, in this audiobook, you’ll find work by arguably the most famous Founding Fathers and Presidents of the United States, including Abraham Lincoln, James Madison, and Thomas Jefferson. In listening, you’ll discover Lincoln’s greatest speeches and writings, such as:

Not only that, you’ll also get free bonus content including some of the most significant documents in US history:

From influential speeches to writings that changed the country, this audiobook contains a classic sampling of some of America’s most important moments.