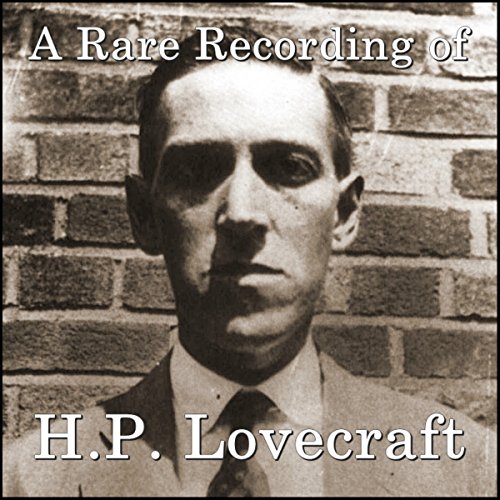 A Rare Recording of H.P. Lovecraft

A Rare Recording of H.P. Lovecraft

H.P. Lovecraft (1890 - 1937) was an American horror fiction writer. Though he died in poverty and was only published in pulp magazines before his death, he is now regarded as one of the most significant 20th-century authors in the genre. Lovecraft was a prodigy, reciting poetry at the age of three, and writing complete poems by six. His grandfather encouraged his interest in the unusual by telling him his own original tales of gothic horror. Lovecraft's most popular book is, perhaps, At the Mountains of Madness. He also wrote The Call of Cthulhu, along with many short stories and literary correspondences. The following recording is a re-enactment of a purported interview with Lovecraft.

This is an actor portrayal.

This is the soundtrack of a YouTube video meant to depict Lovecraft. The video is a fine and careful effort, but it is clearly not genuine. I have compared this piece of audio with the video and cannot distinguish any difference in sound between them. Nor is the actor lip-syncing to a genuine recording of Lovecraft. It's too bad, because such a thing would be nice to have.