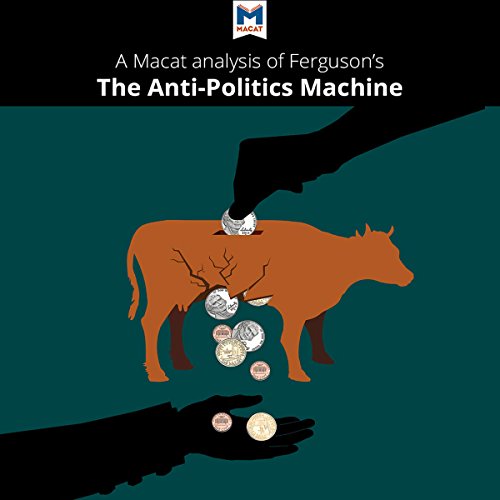 A Macat Analysis of James Ferguson's The Anti-Politics Machine: "Development," Depoliticization, and Bureaucratic Power in Lesotho

Published in 1990, The Anti-Politics Machine is American anthropologist James Ferguson's first book. It discusses international development projects: how they are conceived, researched, and put into practice. Importantly, it also looks at what these projects actually achieve.

Ferguson is critical of the idea of development and argues that the process does not take enough account of the daily realities of the communities it is intended to benefit. The projects put too much emphasis on providing technical solutions for addressing poverty, such as better resources or improved infrastructure. But these solutions often ignore the fact that there are social and political dimensions to poverty. So the structures that development projects put in place can often have unintended consequences for their target community, such as strengthening the state power that allowed the projects to get underway in the first place.

Ferguson argues that these problems start in the planning stages of a development project as a result of the information gathered and the very language used to discuss it. Ferguson's work suggests that until the process becomes less formulaic and more reflective, development projects will continue to fail.