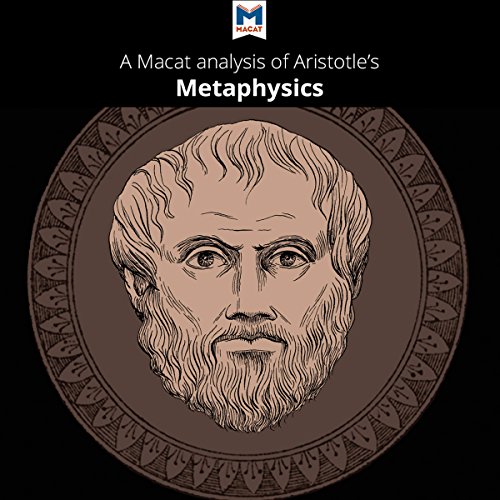 A Macat Analysis of Aristotle's Metaphysics

How many books can claim to be so influential as to inspire the development of a whole school of thought? The ancient Greek philosopher Aristotle's Metaphysics did exactly that, laying the foundations for a new branch of philosophy - metaphysics - concerned with the cause and nature of being.

Aristotle questioned his teacher Plato's renowned theory of forms. Plato argued that everything in the world is nothing more than an imperfect representation of its perfect form. Aristotle, however, focused on the reality of the material world. He argued that anything that can be asserted about anything that exists is due to its actual existence. In other words its substance is in its present form. But Aristotle went further. In analyzing this substance, he then introduced more philosophical ideas - like the "unmoved mover", potentiality, and actuality - that also became hugely important in their own rights.

Ancient philosophers and contemporary thinkers have all cited Aristotle's ideas as an inspiration, which is why Metaphysics is still such an important work today.

The basic ideas are expressed clearly as well as the historical context. However, the presenta

extremely and painfuly repetative, with very

very little actual analysis. Third man argument introduced 3 different times, neither of which is more than brief statement of the argument and nothing more. rudimentary statement of Aristotle 's concept of substance proliforate all over the text, no elaboration given. Individuals such as Ibn Sinna or Alexander of Afrodisias are introduced time and time again - with no actual elaboration. The criticism of Hume mentioned is completely meaningless (Hume rejected Aristotle's conception of substance beacuse it was not based on "evidence" - does that mean that Hume does not identify any argument in favor of this concept?! that is rediculus. The negligent and possibly ignorant author had probablty forgot that that should be "sense evidence".) And over and above all, this book is made of meaningless, painfuly repiting *praise* of the metaphysics. Time and Time again. Just empty praise regarding the 'metaphysics' "philosophical and historical" imporance. again. and again. and again. With no elaboration, and not even any change of formulation. (up to about 60 percent of it's duration, in fact, is just this meaningless praise repited. very very little analysis; god or bad.) Complete waste of time and money.

The performer is terrible

Performance
Causal != casual
Learn ahead of time how to pronounce philosophers whose names are unfamiliar.