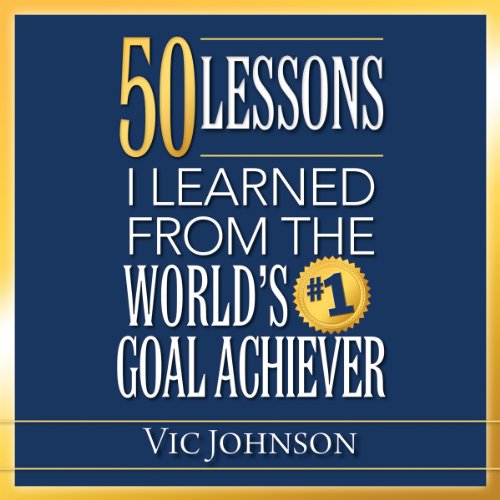 50 Lessons I Learned From the World's #1 Goal Achiever

On one eventful rainy afternoon 15-year-old John Goddard was in the kitchen and overheard his parents talking to a friend in the next room. "I wish I was John’s age again," the friend said, noting how there were many things he would have accomplished if given another chance. "I wish I could start over." Goddard resolved then and there not to have those kinds of regrets when he was that age.

So he took out a yellow legal pad and wrote down 127 specific life goals that included: traversing the entire length of the 4,132-mile Nile River; scaling Mount Kilimanjaro in Tanzania; learning to fence; running a five-minute mile; lighting a match with a .22 rifle; visiting the birthplace of his grandfather [Goddard]; playing Debussy’s "Claire de Lune" on the piano. The rest, as they say, is history.

He not only accomplished almost all of those goals, but another 400 he set along the way, including defeating prostrate cancer.

Best-selling author Vic Johnson met Goddard in the last decade of his life after reading about him in the first Chicken Soup of The Soul book. A friendship ensued and Johnson spent hours with Goddard to learn the secrets that made him arguably the greatest achiever who ever lived. He recounts those lessons here, and includes action steps you can take to achieve your ultimate "bucket list".

enjoyed the voice and +:20 speed. I need this to continue my goal planning to reflect and hear about someone's journey and goals

What this book is about is absolutely true. I am also a goal setter. Achieved numerous things on life (I'm now 75) and have no regrets that I didn't spend more time watching TV.

I Have started Listening to it a Second Time!

What did you love best about 50 Lessons I Learned From the World's #1 Goal Achiever?

The reminders that we can all do more by living a reality rather than watching someone's else's reality show!

What does Sean Pratt bring to the story that you wouldn’t experience if you just read the book?

He is excellent. He does not distract in any way from the content. Easy to listen to.

As a nearly sixty year old woman I am not done living and this book inspires me that my wanting to achieve substantial things before I die is not crazy. While many are winding down, I want to ramp up and use all I have learned. The author of this book and John Goddard would not call me a dreamer or a crazy old woman.

for newbies..Theft from others - don't bother!

What would have made 50 Lessons I Learned From the World's #1 Goal Achiever better?

Probably the worse thing I ever paid for - not worth a penny. I'm returning this!
The lowest rating I ever gave to anything online.

EVERYTHING was collected from other sources - thinking there is infringement on other writer's here!

Don't get this If you already know about visualization, power of the mind and conditioning believe achieve, goal settings on dreams, achieving, no failure, attitude of gratitude", etc..

This is for newbies only without any knowledge of the above points, as its short and concise with example and actions to take.

What could Vic Johnson have done to make this a more enjoyable book for you?

this book should not exist!
Will never get anything else from this person that simply writes on a collection from others. Horrible

Would you be willing to try another one of Sean Pratt’s performances?

What character would you cut from 50 Lessons I Learned From the World's #1 Goal Achiever?

horrible theft of information other sources.

Would you listen to 50 Lessons I Learned From the World's #1 Goal Achiever again? Why?

Yes, I need the positive reinforcement.

What was one of the most memorable moments of 50 Lessons I Learned From the World's #1 Goal Achiever?

The stories of how he overcame his obstacles.

What does Sean Pratt bring to the story that you wouldn’t experience if you just read the book?

Thanks to the author.