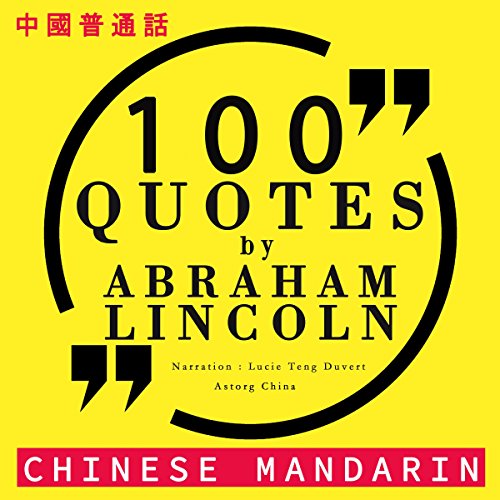 Abraham Lincoln has been consistently ranked as among the greatest U.S. presidents. He was a political genius, managing to preserve the Union and modernize economy while leading the United States through its bloodiest war, and perhaps the greatest crisis it would have to face.

Among his many feats, Lincoln is widely remembered for having paved the way for the abolition of slavery, before his assassination in 1865. These 100 quotes have been selected to introduce you to one of the greatest political minds that lived, in an efficient and convenient format.