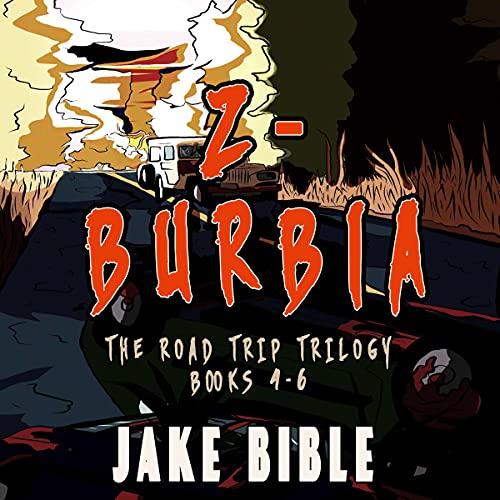 Description- Forced out of Asheville, Jace Stanford’s family, along with a convoy of suburbanites, misfits, criminals, and soldiers, must battle their way through the I-40 corridor of Eastern Tennessee.

When they are separated from their friends and allies in Knoxville, the Stanfords have to rely on their skills as post-apocalyptic survivors to fight off the Zs, insane Vols fans, homicidal sorority girls, and the most deadly of the post-apocalyptic threats- cannibal gangs!

No longer are the Stanfords trying to survive day by day, but hour by hour and minute by minute, as they flee Z-Burbia and race through the hellscape of Cannibal Road!

Description- The American Midwest was a bucolic landscape that didn’t quite adjust to the zombie apocalypse. Instead of open arms and welcoming faces, there are now open mouths and ravenous Zs. The blue collar drive to work hard has become a red-mouthed hunger for flesh.

Jace Stanford, his family, and the rag tag bunch of Whispering Pines survivors, private military contractors, laborers, and former (hopefully?) cannibals now must face the vast, exposed space of America’s Heartland in order to get to a possible sanctuary in the post-apocalyptic ruins of Boulder, Colorado.

Just a simple convoy from point A to point B, right? Yeah, right.

Nothing is ever simple in Z-Burbia!

Description- With the plains to their backs, Jace Stanford and crew are just steps from their destination: the Stronghold of Boulder, CO. All they have to do is battle the mega-powerful, corporate/political/military entity that is the Consortium, survive the brainwashed killing machines that call themselves the Sisters, and deal with a mad scientist hell bent on making life really, really hard for everyone because he’s just a f*ing jerk.

Not a problem! If anyone can get his friends and family through a nightmare like this, it’s Jace Stanford!

What’s that? There’s a horde of zombies that’s close to half a million strong coming for them all?

It is Z-Burbia after all!