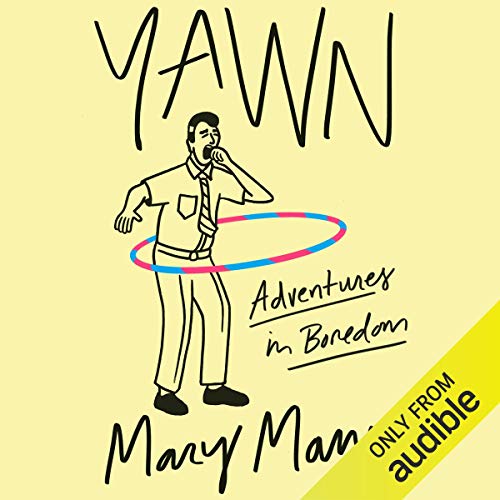 The incisive and often hilarious story of one of our most interesting cultural phenomena: boredom.

It's the feeling your grandma told you was only experienced by boring people. Some people say they're dying of it; others claim to have killed because of it. It's a key component of depression, creativity, and sex-toy advertisements.

It's boredom, the subject of Yawn, a delightful and at times moving take on the oft-derided emotion and how we deal with it. Deftly wrought from interviews, research, and personal experience, Yawn follows Mary Mann's search through history for the truth about boredom, spanning the globe, introducing a varied cast of characters. The Desert Fathers - fourth-century Christian monks who made their homes far from civilization - offer the first recorded accounts of lethargy; Thomas Cook, grandfather of the tourism industry, provided escape from the mundane for England's working class; and contemporarily, we meet couples who are disenchanted by monogamous sex, deployed soldiers who seek entertainment and connection in porn, and prisoners held in solitary confinement, for whom boredom is a punishment for crimes they may or may not have committed.

With sharp wit and impressive historical acumen, Mann tells the unexpected story of the hunt for a deeper understanding of boredom in all its absurd, irritating, and inspiring splendor.