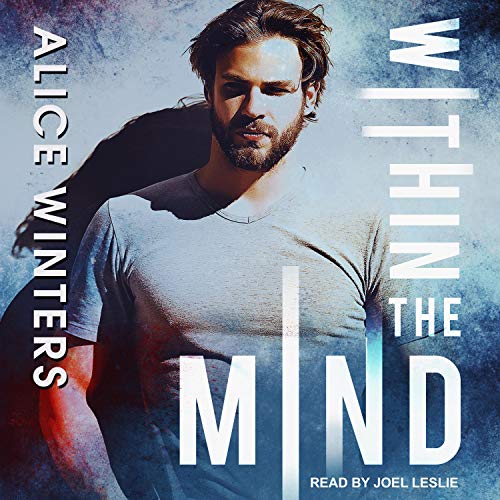 Seneca is the complete package. He's smart, sexy, and confident, much to Chevy's annoyance. They've worked with each other for two years, and even though Chevy might secretly find his partner charming and attractive, playful harassment is all they have.

Chevy was born with a unique gift that allows him to go into the memories of others. As detective, he uses this ability to find peace for victims who have been hurt or attacked. He delves into their memories and can pick out minute details that will help them put the criminal behind bars.

But neither Chevy nor Seneca are prepared when they are asked to go into the mind of a serial killer in hopes of finding survivors. They are even more unprepared for the monsters they find inside the man's mind. Drawn into a memory where it's hard to figure out where the truth exists, they realize that there may be more to the serial killer than they originally thought. The dark world draws the two men together in a way they never dreamed. It will take everything Chevy and Seneca can give to stop the darkness that could consume their minds. As the two are forced to face what is keeping them apart, together they realize that there's more to the mind and heart than either of them know.

I want to dedicate this review to Joel Leslie , this is a really good book, it is clever, funny, scary and has an exiting plot, and it has so much to do with the narrator ! This is him at his best, with a lot of humor and passion.
I really like this author and i hope it will always be Joel Leslie who narrates these books.
Much love from the north of Norway

while this is primarily a great psychological thriller, it's also one of the funniest books I've listened to in a very long time! the snark between Chevy and Seneca will keep you laughing out loud. definitely get this book - you'll love it! I can't wait to see more of these two!!

Holy cow!! What a trip!!! The thing I love about Alice’s books is that they have the potential to be very dark but she’s a master at weaving comic relief throughout so the story doesn’t feel so heavy.
I love Seneca and Chevy relationship. Seneca is seemingly carefree and Chevy is more stoic and reserved but they complement each other amazingly!!
Joel Leslie did a fantastic job with this audiobook like always!!

Know what to write about this story. At first, I thought it was going to be too weird for me, but then about a quarter of the way through, I got sucked in and really enjoyed it.
I can say it’s definitely different than anything else I’ve read. I kinda felt like I was on an acid trip part of the time. If you’re looking for something different, this is it.
Seneca and Chevy are great together. And Alice’s signature humor is present. As always, Joel Leslie performs perfectly.

Fantastic and so twisted

I usually don’t like horror and stuff like that but this walked a really fine line between hysterical and horrifying. I wouldn’t say I’m easily squeamish or anything but I don’t like being scared. This brought a lot of all of that to the table. But Alice Winters’ whit shine through. And Joel Leslie was brilliant in this performance

I really enjoyed the mystery with horror elements. And Joel Leslie, the narrator, did a great job. But I found Seneca to be obnoxious and off putting. I usually appreciate Winters’ blend of humor and flirting but this time around it was out of control. Seneca seems to have only one register and it’s sexual harassment. Even when trapped in the mind of a serial killer, all he can seem to do is demand to make out. It’s gets better when we finally get some back story, but by the time that happens more than halfway through the book, I was out of patience with him. Maybe it needed to be clearer that Chevy actually enjoyed the flirting despite what he claimed or Seneca needed a few more redeeming qualities, like being able to focus on his job instead of being a walking, talking erection, but I found him nearly unbearable.

Narrator Joel Leslie gave a marvelous well-rounded performance stuffed with dramatic superhuman gifted ones, tension and dark moments in this exceptional contemporary romance. Joel does a decent job to deliver a memorable performance of this twisted tale about Chevy and Seneca who are caught off guard while going into the mind of a serial killer in hopes of finding missing survivors. Not, only are they unrehearsed, they underestimated his capabilities to suck them deeper into the killers’ web of mind fucks.

The plot is different than usual, at times I had to rewind to make sure I understand what I heard. It has lots of intrinsic twists and turns, and I think the author was able to accomplish what she set out do do. It was unpredictable and the mood was a mixture between dark, hilarious and then back to baffled seriousness.

The sexy times were hot, and it almost felt like time was cut out of the business of the plot to give us that. I’m not complaining about it, the side romance and banter between the two co-workers created a much enjoyable dark romantic comedy.

I do recommend this audiobook, I look forward to hear book 2.

This book was hilarious, a bit creepy and definitely enjoyable. But the narration was simply brilliant.

Awesome start to a new series

OMG I loved this book. I have read a lot of books that can be considered paranormal but I have never read one that deals with entering minds to view their memories. Chevy has the gift and Seneca, who I absolutely adored, is his partner. To a certain extent, Seneca can mimic others gifts. Seneca goes in the minds with Chevy as his back up to help get him out should something happen as well as being a back up to what Chevy sees. Two reports are always better than one. They are called in to go into the mind of a serial killer to see if there are victims left alive after he is captured. And when they enter his mind, they are dropped down a deep rabbit hole not knowing what is real and what isn't. You see Page has a gift that hasn't been seen before, he can manipulate others minds. This kept me on the edge of my seat worried that they may never get out. I have to say that when all was said and done, I felt so sorry for Page, the serial killer, and what he went through. This was a great investigation and I never figured out, not even close, why Page did what he did. Seneca cracked me up to no end with his wise cracks, sexual innuendos and flirtatious shenanigans. Chevy and Seneca made a great couple, once Chevy got out of his own way & accepted Seneca. I highly recommended this one!!

when I tell you that Joel is absolutely talented, you need to believe me. I was so scared and freaked out. I was not prepared for the suspense and terror. absolutely worth my heart rate increasing. I had to stop listening a few time but I'm happy I finished it. Alice is amazing