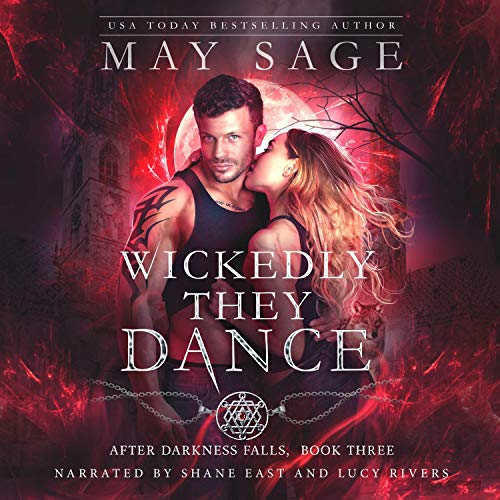 Wickedly They Dance (A Vampire and Werewolf Romance Stand-alone)

The world has learned to fear vampires and forgotten another threat. Before the bloodsuckers rose, the gods had perfected one race of predators.

And they’ve decided to hunt again.

Avani was raised in another world, away from the secluded werewolves of Oldcrest, but the Elder Pack was the only place where she could be safe. Until now.

In his hundreds of years, Alexius has lived without allegiance, without purpose.

But when a wounded, hunted wolf crashes into his life, everything changes.

Another excellent book by May Sage, I loved every world of it!
Excellent performance by both narrators as wellx thank you!