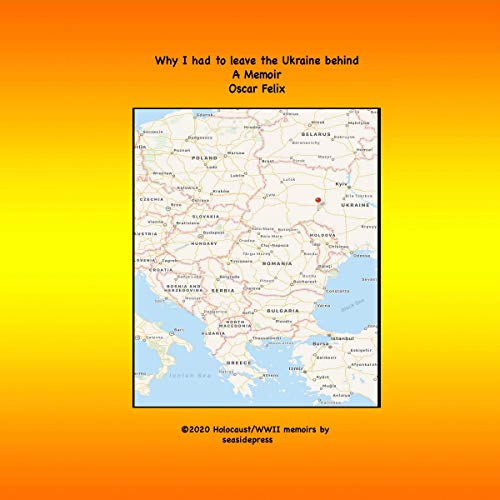 Why I Had to Leave the Ukraine Behind

Oscar Felix (1893-1980) was born in the Ukraine, in the shtetl of Brailov where the only doctor doubled as the town barber. His father died six months before Oscar was born, which left his mother with enough debts that she couldn't afford to buy straw to heat the room. The poverty he describes is unimaginable. Going to bed hungry characterized Oscar's childhood and that of his mom and six siblings. But their Jewish humor kept them going: When does a Jew sing? When he is hungry. But laughter doesn't fill stomachs.

By the age of 20, he had taken the most important decision of his life thanks to a "box" Thomas Edison had invented in a far away land called America. Every Friday evening a wealthy lawyer would put the phonograph on his balcony for the entire shtetl to enjoy. Against all odds, Oscar Felix made it out. After a long and perilous journey, he finally ended up in Santa Monica, California and immediately knew he was home.

Oscar Felix was lucky to escape the Ukraine before every Jew in Brailov, including his own family was buried alive by the Nazis. This is a timeless story. Today there are millions of Oscars out there with the same dream: find freedom and live in peace.