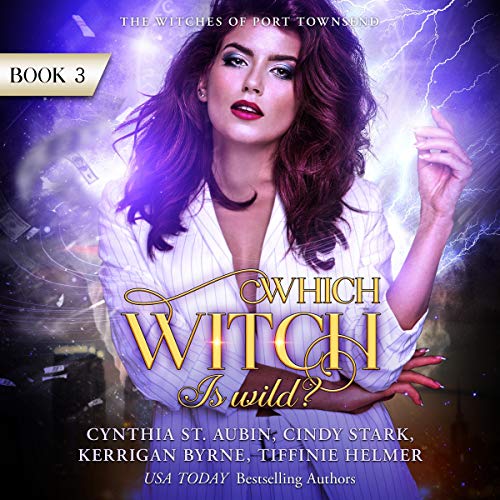 Which Witch Is Wild?

Aerin. So she played with some dark magic, what’s the worst that could happen? For Aerin de Moray and her sisters, it’s that witch hunters are no longer a 400-year-old problem. What's a girl to do with this new threat when she’s already trying to corral zombies, fight a she-devil with a penchant for possession, all while attempting to thwart the prophesied apocalypse? She’ll keep her sisters close, and her enemies closer...like in her bed.

Tierra. She’s accidentally sent her baby’s daddy to hell. Who has time for the apocalypse? Dooming Death to Lucifer’s infernal realms might have seemed like a good idea at the time, but with uncollected souls swarming the manor and her unborn child’s alarming powers increasing by the minute, Tierra de Moray has a hell of a problem on her hands. If Tierra can’t find a way to rescue Killian Bane before the devil gets her due, the world doesn’t stand a ghost of a chance.

Moira. For Moira de Moray, fending off witch hunters, dodging ghosts from her past, and surviving Conquest’s insistent advances has become a full-time vocation. So, when it comes time to serve Lucifer an eviction notice, Moira aims for the surefire solution - jealousy. But pretending to bump uglies with another Horseman could produce results more deadly than Moira had planned, particularly if Nick Kingswood has anything to say about it.

Claire. Claire de Moray is caught between her first love and the fierce Horseman known as War. She needs to pick one and let the other go, but how can she make a life-altering decision when she’s busy hunting the witch hunters who’d like to burn her at the stake? She’s not afraid because she is Fire, but their arsenal is deadlier than she expects. Pushed to the limits, Claire takes a chance to save her family and stop the apocalypse, but gets far more than she bargained for.

Listen to the Witches of Port Townsend in order.