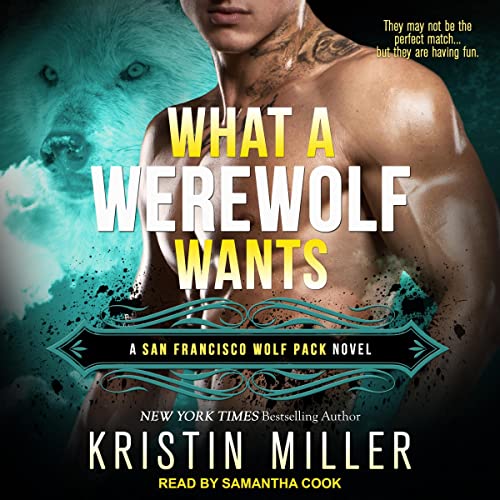 What a Werewolf Wants

Going to the chapel, and her sister is going to get married . . . no matter what.

Josie Cole might be unlucky in love, but she's a pro at matching other couples. When her sister gets married to the man of her dreams, it'll be Cole Matchmaking Services one-hundredth match, and secure Josie a television special that would boost business.

Private investigator—and werewolf—Ryder McManus doesn't believe in marriage. Catching cheating spouses has taught him there is no such thing as happily ever after. But then he never expected to find his fated mate, Josie, at his best friend's wedding festivities.

When Josie and Ryder are together, the chemistry heats up. While he's trying to stop the wedding, she'll do whatever it takes to give the couple a dream day. But the secret he's trying to expose might just ruin everything . . .

Don't get me wrong, the writer knows how to write. but. This book is basically a soap opera in book form. Lots of bla, no substance. The part that really made me laugh and put it down, skip chapters, is when she basically put all the WORST relationship and wedding clichés and BS from literal fairy tails in the book. I cringed the whole way through, and I love paranormal out of the ordinary romances. Hard no. Sorry I wasted the money. honestly.
narrator was good.