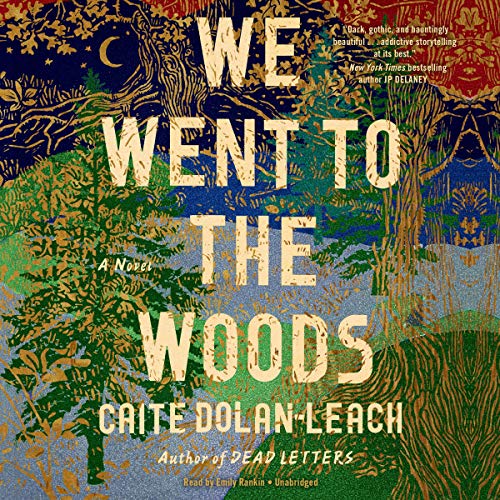 We Went to the Woods

We Went to the Woods

They went off the grid. Their secrets didn’t. For fans of The Secret History and The Immortalists comes a novel about the allure - and dangers - of disconnecting.

"A sharp, spellbinding cautionary tale, one that reminds us that even those who do remember the past might also wind up repeating it.” (NPR, Best Books of the Year)

Certain that society is on the verge of economic and environmental collapse, five disillusioned 20-somethings make a bold decision: They gather in upstate New York to transform an abandoned farm, once the site of a turn-of-the-century socialist commune, into an idyllic self-sustaining compound called the Homestead.

Mack, a publicly disgraced grad-school dropout, believes it’s her calling to write their story. She immediately falls in love with all four friends, seduced by their charisma and grand plans - and deeply attracted to their secrets. But it proves difficult for Mack to uncover the truth about their nightly disappearances and complicated loyalties, especially since she is protecting her own past.

Initially exhilarated by restoring the rustic dwellings, planting a garden, and learning the secrets of fermentation, the group is soon divided by intense romantic and sexual relationships, jealousies, slights, and suspicions. And as winter settles in, their experiment begins to feel not only misguided, but deeply isolating and dangerous.

Caite Dolan-Leach spins a poignant and deeply human tale with sharp insights into our modern anxieties, our collective failures, and the timeless desire to withdraw from the world.

Praise for We Went to the Woods

“We Went to the Woods is a chillingly cautionary tale for the 21st century, an enthralling story of failed nobility and the consequences of trying to escape from a world that will never let you go. Caite Dolan-Leach’s prose is both nimble and elegantly evocative, leading the reader through the idyllic pastures and deadly pitfalls of a rustic experiment gone wrong. As five hopeful idealists try to live off the land, the reader sees their friendships blossom, and yet we hardly dare look, knowing as the seasons turn that something even darker than winter is on its way.” (Christopher J. Yates, author of Grist Mill Road and Black Chalk)

“I adored so many things about We Went to the Woods - the brilliant premise, the narration, the writing, the suspense, the sly flashes of humor, the eco-Gothicism, the sexual longing, the way you’re never quite sure if things are falling apart or turning into a love story. But most of all, it’s incredibly compelling: The Secret History meets The Beach, with a generous dash of The Great Gatsby. Dark, gothic, and hauntingly beautiful, this is addictive storytelling at its best.” (JP Delaney, New York Times best-selling author of The Girl Before)

“Tantalizingly mysterious.... Mack - observant, curious, and apt to leap to unwarranted conclusions - makes a likable and understandably unreliable narrator. . . . The setting, traced through a year of seasons, is richly realized, with believable details about the difficulties of farming with little resources and less knowledge. . . . Equal parts slow-burning thriller and intelligent analysis of the pros and cons of intentional communities, the novel will appeal to those who would rather read about such endeavors from a safe distance than be immersed in their messy reality.” (Kirkus Reviews)

This was a weird book I didn't care for...

Be aware this book is very long, and mostly dull. I kept waiting for things to happen, and when they didn't, I'd glance down at the app and groan when I saw 4 more hours left or 3 more hours left, etc. etc.. It was all just kind of pointless. It's like a homesteading book for angry snowflakes. Five friends go live together on The Homestead... an intentional living community (i.e. commune) in order to supposedly better their lives. But really, they're all just frustrated well-to-do children of hard working Americans who want to complain about the world. I don't honestly know how I finished the darn thing, but I did. All throughout the book, there are hints that there's this big ending to their commune project. I figured if I stuck it out, the ending would be worth it. It wasn't. The book basically consisted of free love amongst everyone of various genders, lots of angst-ridden vandalism against the big mean corporate companies, and harmonious homestead living with gardens and cooking and living off the grid. Oh, and let's not forget the week everyone moped in desolate indignation when Trump got elected. It was all just a big hype about nothing. Most disappointing were the numerous inconsistencies on the homestead. Like, when Chloe and Mack (two small, slight women) were burying fence posts in the ground during late winter while the pond was still frozen (and presumably the ground was still frozen, too). Or how at the beginning of the book there was narrative and description about how they had to boil water and drink from the scuzzy pond because they had no well, but much later in the book Mack storms out and gets water from the hand pump during a big argument. Somewhere along the line they ended up getting a well? Things like that. Also, I found myself rolling my eyes at how these five privileged city kids managed to build a perfect homestead, with herbs and vegetables galore, and have chickens and a goat, and know how to do it perfectly, totally off the grid. Anyone who has actually done that knows that it's damn hard, and you rarely get it right the first time. I think the thing that sinked the book for me the most was that none of the characters, save for maybe Jack, were all that likable. They were all beautiful, obviously, but none endeared me to them. Not even Mack, with her “big secret” which was just as ridiculous as the rest of the book. She was a boring chameleon who just followed everyone around like a puppy dog. Anyway, I had high hopes for the premise, but it just totally fell flat for me. Giving it two stars instead of one, since I did end up listening all the way through. I guess that says something.

Trying to like this book but it’s not for me

Being a fFinger Lakes NY resident this book’s concept grabbed me and I connected with and appreciated the many local references. However the language is artificial - no one speaks like these characters. I do not think I will get through this book to its end.