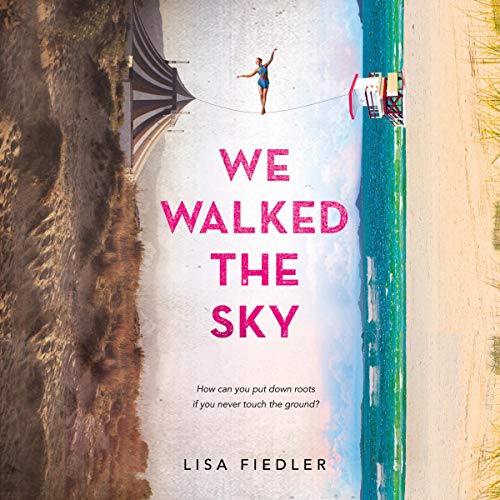 We Walked the Sky

A stunning, multigenerational story about two teenagers: Victoria, who joins the circus in 1965, and her granddaughter, Callie, who leaves the circus 50 years later. Perfect for fans of This is Us.

In 1965, 17-year-old Victoria, having just escaped an unstable home, flees to the ultimate place for dreamers and runaways - the circus. Specifically, the VanDrexel Family Circus where, among the lion tamers, roustabouts, and trapeze artists, Victoria hopes to start a better life.

Fifty years later, Victoria's 16-year-old granddaughter Callie is thriving. A gifted and focused tightrope walker with dreams of being a VanDrexel high wire legend just like her grandmother, Callie can't imagine herself anywhere but the circus. But when Callie's mother accepts her dream job at an animal sanctuary in Florida just months after Victoria's death, Callie is forced to leave her lifelong home behind.

Feeling unmoored and out of her element, Callie pores over memorabilia from her family's days on the road, including a box that belonged to Victoria when she was Callie's age. In the box, Callie finds notes that Victoria wrote to herself with tips and tricks for navigating her new world. Inspired by this piece of her grandmother's life, Callie decides to use Victoria's circus prowess to navigate the uncharted waters of public high school.

Across generations, Victoria and Callie embrace the challenges of starting over, letting go, and finding new families in unexpected places.

“A compelling story of identity and family that resonates most powerfully in its historical voice.” (Kirkus Reviews)

“Chapters alternate between '65 and present day, playing out the changing lives of both young women in parallel. Eventually, the two story lines converge, completing a beautiful tapestry that speaks to the bond between mothers and daughters. Fiedler (Mouseheart, 2014) makes a welcome return to young adult literature with this heartrending, transgenerational tale of learning how to start over and carry on through hard times.” (Booklist)

Listened to it on a road trip with my mom & we both cried! Highly recommend!