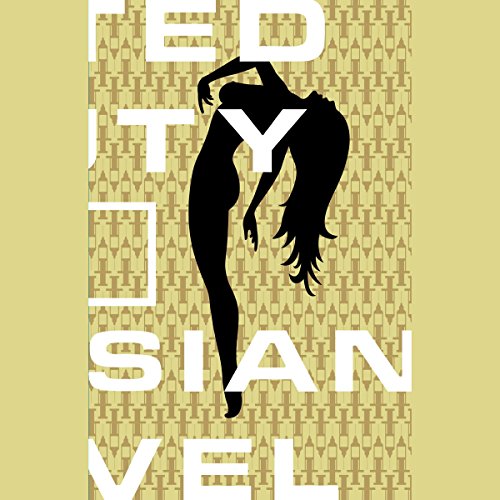 With his dark wit and corrosive dialogue, Eric Bogosian tells a powerful story of two lovers who form a mesmerizing and destructive bond while trying to evade the looming failure of their respective lives.

Reba runs away from her desolate rural community for the lure of New York City. Her tall and awkward frame lands her work modeling, but she is not prepared for the glamorous, drug-fueled life of a celebrated mannequin. After a series of painful relationships, she sees hope and an exit toward stability in the man who saves her brother's life.

That man is Rick, a successful SoHo general practitioner with an idyllic life that has left him discontented. He doesn't take Reba seriously at first, but soon finds himself so enmeshed in her beauty that he risks losing everything: his home, his children, and his beloved wife.

I loved this book. It's not for everyone; it is grim in parts and weaves drugs and mindless sex throughout the story. Eric Bogosian is a terrific writer. Many of the passages, descriptions and metaphors display such creative brilliance that for once I wish I had read the book rather than listened to it.

This is a novel about trying and failing. I'm not referring to the characters here - I'm referring to the author. Bogosian principally tries hard to imagine the life of a rags to riches to ruin farm girl turned model (discovered homeless! bright lights! big city! drugs! beaches! drugs! meaningless sex! drugs!) and the mid-life crisis of a married doctor with two kids much given to annoying inner dialog (I'm good! I'm bad! I'm a jerk! She loves me! Sho loves me not!) she has an affair with.

Not for me, anyway. Jaklak sez check it out if you're into this kind of thing. Otherwise, keep walking.

Eric Bogosian really hits reality in this book. All of it the good, the bad,and the ugly. Very real to me. The ending was good too.

A comic-style tragedy that reveals the contemporary human conditions, poignant, helpless, nonchalant, yet emotionally motivating and philosophically inspiriting, it is best for men age between 45 and 60. Parental and/or grand-parental guidance are recommended for the younger listeners.

This was an awful book. The characters were underdeveloped, and the author’s main purpose was to detail a man going through a midlife crisis and a successful model with a drug habit and obsession with older men. The author hints towards the model’s sexual encounters with these older men relating to possible father issues. But he never expands. He throws into the mix a brother dealing with drugs and mental illness…because he has sexual thoughts of his sister, and the model’s first job working at a bank, becoming interested in a man the age of her father, and ending with her giving him oral sex “because that’s what you do when you love someone.”

I would not recommend this book to anyone. Don’t waste your money or time on this one.