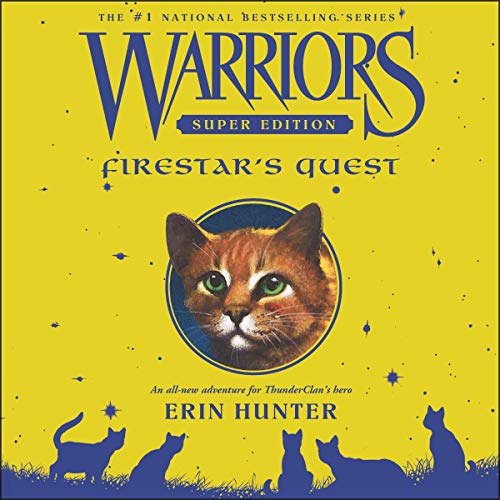 Set just after the events of Warriors, Book 6: The Darkest Hour, this Super Edition follows the ThunderClan leader Firestar on a quest to uncover a long-forgotten truth.

It is a time of peace between the warrior Clans, and all four are thriving. Then Firestar, leader of ThunderClan, discovers a terrible secret: The warrior ancestors of StarClan have lied to him. Firestar must embark on a perilous journey to right their wrong - and nothing will ever be the same again.

Join the legion of fans who have discovered the epic adventures, fierce warrior cats, and thrilling fantasy world of the mega-best-selling Warriors series. This stand-alone entry is perfect for new listeners and dedicated fans alike.

Amazing narration, just like the previous books in the series. Good length and very nice to listen to after having read it years and years ago

I love how Macleod brings Warriors to life!! This is my favorite book and he did an amazing job!