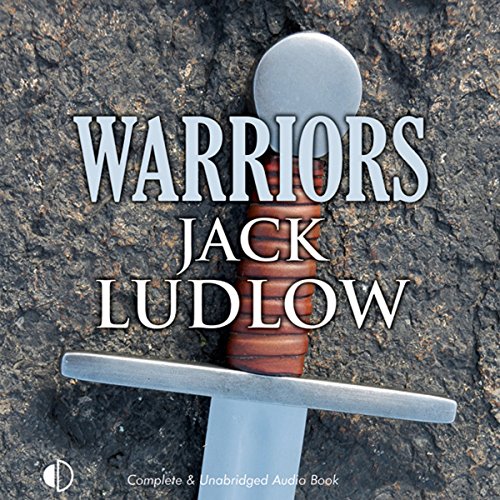 The Byzantine Empire rules in Southern Italy, but the indigenous populations are restless. The Lombards are no exception to this. One of their numbers, Arduin of Fassano, is appointed by a young Byzantine general to hold the key to Apulia. He is unaware that Arduin intends to join his Lombard brethren and rise up in revolt, hiring to aid him the Norman mercenaries of Campania. Led by William de Hauteville, the eldest of five mercenary brothers, the Normans cross into Apulia intent on more than aiding revolt: they are seeking land and titles for themselves. Will the might of the Byzantine Empire crush Arduin’s Lombard revolt? Or will the treachery that stalks the lands favour the Normans?

I truly enjoy historical novels, book one in this series was excellent, and this follows suit. The time lines and many of the individuals were actually real. Jack Ludlow put together an enjoyable trilogy this being book two. I'm looking forward to the listen to the last in the series. If you enjoy historical novels, this being about the "Normans", you will enjoy the books in this series.

great
always wanted to know more about the Normans in Italy. This was a good intro.

The series is great so far. I did not have the same knowledge of the Normans than ever before & what they offered to the history of warfare... Ludlow does a great job of describing a group of mercenaries that could 'bring the pain' when needed & the fiction of the situations could be obviously dramatized but the Normans & characters similar to the ones this trilogy is based on could have existed.

Part of what I like about historical fiction such as Ludlow or Bernard Cronwell, ect... is they make what global studies should have gone over the battles with as good as these authors, it would have made me pay more attention, ha. I will see what lies ahead for these books but things have def. changed and I'm not sure how much I'll like the last book... others may disagree but the author doesn't pull an HH Martin effect but there is a major change in what the end of the trilogy will offer. But I've been more than satisfied with the books so far, great battle vision & in depth descriptions of cultures. Worth the credit

I was looking forward to the continuation of De Houteville brothers' story but it was not like I expected. This seemed to be more the set up for the final conquest of southern Italy by the Normans. This was more the political intrigue between Byzantium and the Lombards that set up what is to become their loss of control as they try and wrest military power from the Normans...typically done through assasination. In telling this part of the story the book moves slow, talking is not as exciting as a calvary charge.

Reading about the Norman mercenaries you get the sense for the military power they represented, but what they lacked was the mind for politics. They were brutes. We were introduced in the first book to the beginnings of the Norman desire to acheive more than being mercenaries, real power is land and titles. This book explained how that was acheived. I look forward to the next as they consolidate and expand their influence.