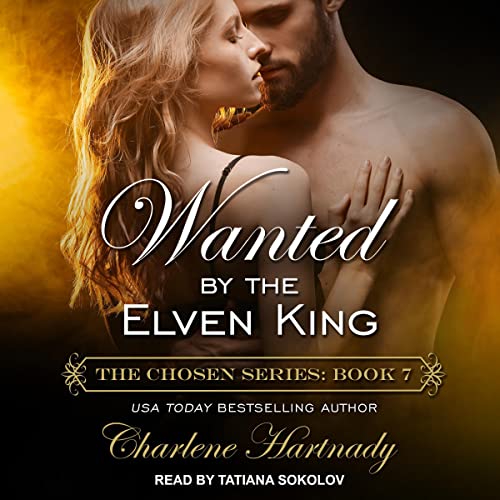 Wanted by the Elven King

Keto is soon to be crowned. He doesn't feel quite ready even though it's a day he's been working toward his whole life. There are many changes he wants to bring about, all for the betterment of his people. He has a kingdom to run and a council to win over. Elven kings can be voted out of power by their councils. His position is not yet cemented. His first order of business is to choose an elven female. One he can take as a mate. Keto desperately needs heirs. It is expected of him and must happen soon.

Why can't he get a certain vampire female out of his head though? It's worse when he sees her again after all these years. She doesn't recognize him, and he can't blame her. He's changed so much. So has she, and all for the better. Still tall and athletic, but curved in all the right places, and just as feisty as ever. So damned uncivilized, and he loves every minute.

Keto wants the vampire female one last time though...just once. Then he'll see about a mate...an elven mate. It's not like he has a choice!

Storyline was similar to other books in this genre with a few differences; the way women are treated in these books is crazy. The narrator did a good job with characters.