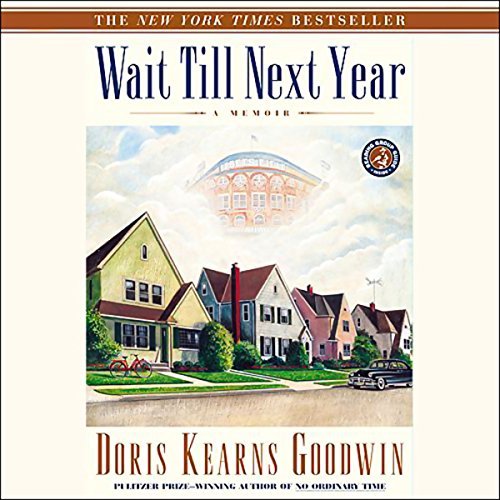 Wait Till Next Year

Set in the suburbs of New York in the 1950s, Wait Till Next Year is Doris Kearns Goodwin's touching memoir of growing up in love with her family and baseball. She re-creates the postwar era, when the corner store was a place to share stories and neighborhoods were equally divided between Dodger, Giant, and Yankee fans.

We meet the people who most influenced Goodwin's early life: her mother, who taught her the joy of reading but whose debilitating illness left her housebound, and her father, who taught her the joy of baseball and to root for the Dodgers of Jackie Robinson, Roy Campanella, Pee Wee Reese, Duke Snider, and Gil Hodges. Goodwin describes with eloquence how the Dodgers' departure from Brooklyn in 1957, and the death of her mother soon after, marked both the end of an era and, for her, the end of childhood.

"Ms. Goodwin has...made familiar events seem fresh again, as if they were happening for the first time only a couple of days ago." (The New York Times)
"A poignant memoir...marvelous...Goodwin shifts gracefully between a child's recollection and a adult's overview." (San Francisco Chronicle Book Review)

Wait Til Next Year

Great story, especially if you loved baseball as a kid.