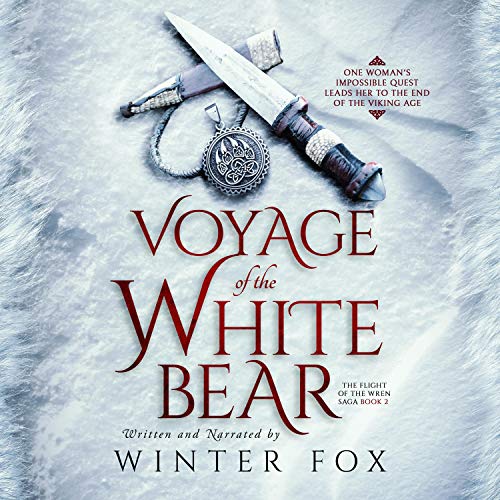 Voyage of the White Bear

In book two of the series, Hilja leaves her young son in the Cave of the Witch while she journeys to Greenland in search of her mother and sister. Meanwhile, young Olav Haraldsson hijacks a derelict ship and conscripts a crew to lead a raid in the East. The Danes try to rally their allies for the invasion of England, while the Witch of Vestfold becomes the monster everyone believes her to be.

Across the breadth of Scandinavia, and all the way to the Greenland Colony, the "Flight of the Wren" saga continues to weave the story of the end of the Viking Age. A Demon haunts the road to Uppsala as pilgrims journey to the Festival of the Gods, where all the threads come together in a neat knot.

With the help of an awkward Shield Maiden, can Hilja rescue her mother from Greenland's cruelest denizens?

Can Paavo find his wife and child by paddling his kayak down the Norse coast?

Will the Witch of Vestfold be hanged for letting the Earl's wife die? Can her daughter Helga navigate being married to two men at once? Can Olav survive his first voyage with the Jomsvikings? And, will the Danes be able to rally their allies to attack England?

really loved this 2nd book as much as the first and super excited there is a 3rd I will habe to find.
story is written well
characters are great and thier adventures
narration is wonderfully done
this series grips you and pulls you in.