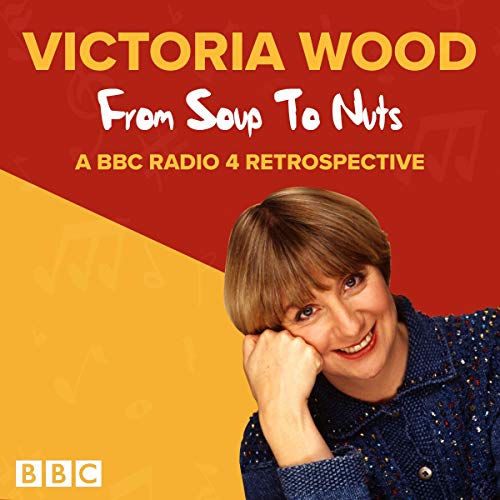 Victoria Wood: From Soup to Nuts

Victoria Wood was a comedian, actress and all-round national treasure. She wrote and starred in dozens of sketches, plays, musicals, films and sitcoms over several decades, and her work remains timeless to this day.

In this new programme, Rebecca Front presents a look back at Victoria Wood's stand-up and songs, including never-heard-before material.

With unprecedented access to Victoria's own boxes of battered cassette tapes, this programme is a shameless chance to hear some wonderful stand-up comedy, characters and songs, mixed with a look back at what made her so funny and so universally loved.