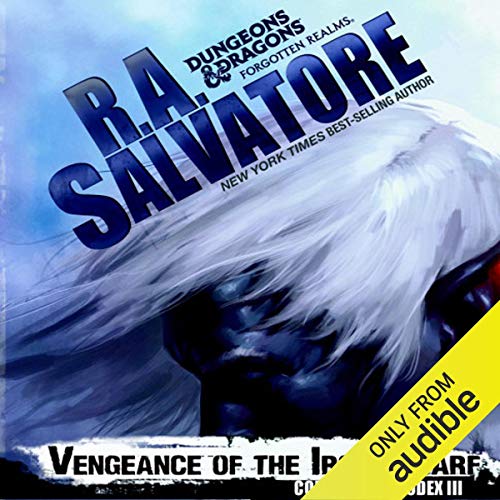 Vengeance of the Iron Dwarf

Vengeance of the Iron Dwarf

R.A. Salvatore's New York Times best-selling tale of the dark elf Drizzt Do'Urden continues immediately on the heels of Rise of the King, with an expanding war and greater danger to the finally reunited Companions of the Hall.

In the evolving world of the Forgotten Realms setting, the Sundering has given way to months of cloud-cloaked darkness, and war rages under that oppressive sky. The orcs have broken a hard-fought treaty that's held, however tentatively, for a hundred years, and the time to settle old scores has devolved into an all-out brawl for control of the ancient realms of the North.

Salvatore and Bevine, the perfect ingredients for a good audio book! I can't wait for the next one!