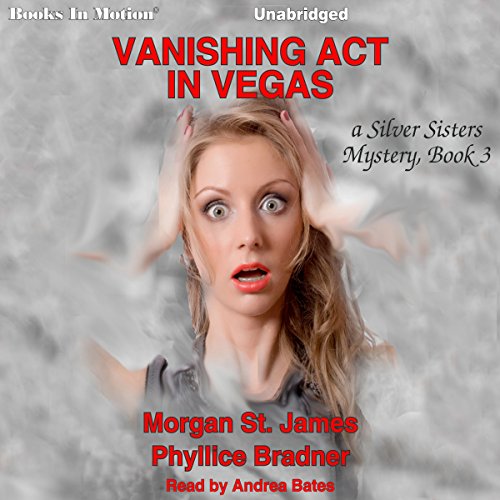 After Godiva's son Torch buys a condo in Las Vegas, his grandmother Flossie and great uncle Sterling decide to pay him a visit. When the old vaudeville magicians drag him to the Pageant of Peacocks starring sexy Mara the Magnificent, it's love at first sight. The romance blossoms, but when Torch returns from a meeting in LA, Mara seems cold and distant. Torch turns to his mother, the advice columnist, for a helping hand.

Godiva agrees to check things out during her upcoming trip to Vegas, when she joins her twin sister, Goldie, at a big antique expo. Flossie and Sterling tag along for a second trip to sin city. The family gets a shock while attending Mara's show, where a stagehand dies during the performance. Police call it accidental, but Mara is convinced its murder. Torch told her about his family's uncanny ability to solve mysteries, so she begs them to investigate the death of her friend. They start to poke around in their clever but kooky fashion and uncover an even bigger mystery.

This time Flossie and Sterling take the lead, and when they uncover a diabolical plot they come close to doing a disappearing act of their own! Twists, turns, murder and mayhem. Just when you think you've solved it, something else happens.