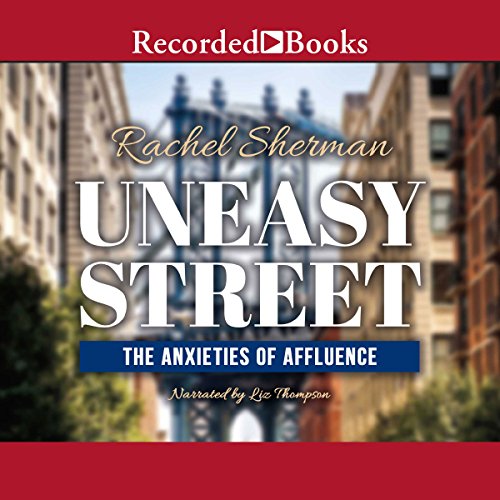 A surprising and revealing look at how today's elite view their own wealth and place in society.

From TV's Real Housewives to The Wolf of Wall Street, our popular culture portrays the wealthy as materialistic and entitled. But what do we really know about those who live on "easy street"?

In this penetrating book, Rachel Sherman draws on rare in-depth interviews that she conducted with 50 affluent New Yorkers - including hedge fund financiers and corporate lawyers, professors and artists, and stay-at-home mothers - to examine their lifestyle choices and their understanding of privilege. Sherman upends images of wealthy people as invested only in accruing and displaying social advantages for themselves and their children. Instead, these liberal elites, who believe in diversity and meritocracy, feel conflicted about their position in a highly unequal society. They wish to be "normal", describing their consumption as reasonable and basic and comparing themselves to those who have more than they do rather than those with less. These New Yorkers also want to see themselves as hard workers who give back and raise children with good values, and they avoid talking about money.

Although their experiences differ depending on a range of factors, including whether their wealth was earned or inherited, these elites generally depict themselves as productive and prudent, and therefore morally worthy, while the undeserving rich are lazy, ostentatious, and snobbish. Sherman argues that this ethical distinction between "good" and "bad" wealthy people characterizes American culture more broadly, and that it perpetuates rather than challenges economic inequality.

As the distance between rich and poor widens, Uneasy Street not only explores the real lives of those at the top but also sheds light on how extreme inequality comes to seem ordinary and acceptable to the rest of us.

The most interesting part of this book was to hear the voices of people who make millions every year who also somehow consider themselves to be middle class (or maybe upper middle). But by no means do they consider themselves rich. What an interesting look behind the curtain at the financial worries of the top 1% and fraction thereof.

The fact that really blew me away was that only 2% of Americans actually consider themselves to be wealthy. As crazy as that sounds, the interviews in the book document the phenomenon over and over of rich people feeling like they are barely squeaking by. No wonder they are so violently opposed to any increase in their taxes. Even after the author tries to reason with them about what real poverty and middle class looks like, almost every rich person in the study still clings to the notion that somehow they are just middle class folks. This is a fascinating book that provides a new insight into the mind of the upper 1%. Who knew they were just middle class folks after all...

It took me way too long to get through this book; after getting to the end I realized I should have put it away after the first few chapters. I was hoping that the initial assertion that this book would be the least judgemental as possible would hold, but by the end that proved not to be the case. The conclusion doesn't seem to tie in well with the middle and end of the book, but if it was read after those first few chapters, it would probably make more sense.