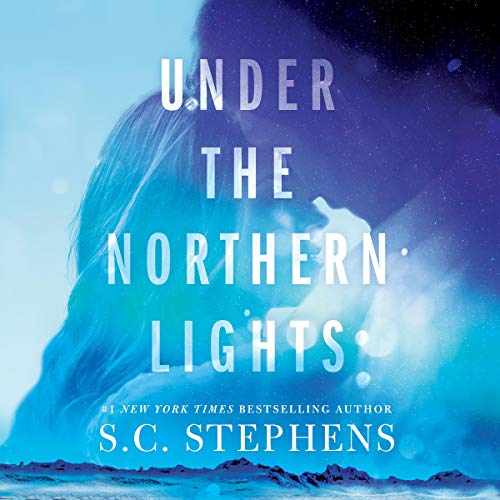 Under the Northern Lights

From the number one New York Times bestselling author of the Thoughtless series comes a sweet, thoughtful romance set high in the Alaskan wilderness.

Mallory Reynolds is a driven woman fueled by her passion for photographing wild animals in remote locations. Every year she makes a trek deep into Alaska, but this time the unthinkable happens: she crash-lands after her plane stalls out in a storm. Injured, vulnerable, and threatened by the very creatures she loves, Mallory fears the worst - until she’s rescued by Michael Bradley, a mysterious mountain man living in self-imposed exile.

Mallory is grateful for Michael’s help but desperate to return home to let her family know she’s alive. Unfortunately, neither of them can leave Michael’s secluded cabin until spring. Mallory’s stuck with a stranger for months.

As Mallory recovers, a deep bond begins to form between the pair. Mallory is convinced that fate brought them together, but Michael is buried in his past, unable to move forward. Undaunted, Mallory tends to Michael’s heart as tenderly as he cared for her wounds - but will her love be enough to heal him?

not GOOD or BAD

This book was something I could see picking up at the Dollar General or Walmart. The beginning almost mad it hard to continue the rest of the story because of it's back and forth hope and despair senseless drama that seemed like a cheap way to simply fill pages. Parts of the romance were sweet, and the developing characters kept me intrigued enough until the end. However, the end was made up of, again, cheap and unconvincing events with no original ideas. Hallmark would love this one!

loved it, I will be listening again

I loved the story line.

Great love story. The adventures in the wilderness, the struggles of living off the grid. The characters are likable. The lady doing the audio was terrible.

I loved the descriptive language throughout the story. i was able to visualize the entire story as it was being told. Being from Alaska I appreciated how near accurate the landscape settings were described.

Such an Unusual Twist of a Love Story!!

I have previously read this Novel and thoroughly enjoyed it ! I
was very interested in hearing it narrated ! Still such a Wonderful Love Story ! One that you really question if they will ever get together ! The narrator has done an Exceptional Job of making Everything Come Alive !!
I would so Love to See / Listen to a Sequel !
A Definite Must Read !!

Narrator didn't know which voice she wanted to use: the soft or the baritone, and it wasn't for switching between characters. It was too annoying. Story was also unbelievable.