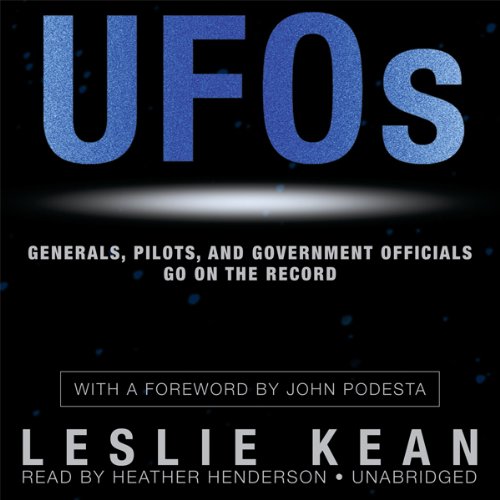 An Air Force major is ordered to approach a brilliant UFO in his Phantom jet over Tehran. He repeatedly attempts to engage and fire on unusual objects heading right toward his aircraft, but his missile control is locked and disabled. Witnessed from the ground, this dogfight becomes the subject of a secret report by the U.S. Defense Intelligence Agency.

In Belgium, an Air Force colonel investigates a series of widespread sightings of unidentified triangular objects, sending F-16s to attempt a closer look. Hundreds of eyewitnesses, including on-duty police officers, file reports about the incident, and a spectacular photograph of an unidentifiable craft is retrieved and analyzed.

Here at home, a retired chief of the Federal Aviation Administration’s Accidents and Investigations Division reveals the agency’s response to a 30-minute encounter between an aircraft and a gigantic UFO over Alaska, which occurred during his watch and is documented on radar.

Now all three of these distinguished men have written breathtaking, firsthand accounts about these extraordinary incidents. They are joined by Air Force generals and a host of high-level sources who have agreed to write their own detailed, personal stories about UFO encounters and investigations for the first time.

They are coming forward now because of Leslie Kean, an investigative reporter who has spent the last 10 years studying the still unexplained UFO phenomenon. Kean reviewed hundreds of government documents, aviation reports, radar data, and case studies with corroborating physical evidence. With the support of former White House Chief of Staff John Podesta, Kean draws on her research to separate fact from fiction and to lift the veil on decades of U.S. government misinformation. Throughout, she presents irrefutable evidence that unknown flying objects - metallic, luminous, and seemingly able to maneuver in ways that defy the laws of physics - actually exist.

“This book is bound to set the gold standard for UFO research.” (Michio Kaku, Ph.D., host of Sci Fi Science on the Science Channel and author of Physics of the Impossible)
“I was astonished by the care and precision of Leslie Kean’s research in this terrific book…her craftsmanship in organization and writing are superb.” (Rudy Schild, Ph.D., Harvard-Smithsonian Center for Astrophysics)
“Kean presents the most accurate, most credible reports on UFOs you will ever find.” (Miles O’Brien, PBS Newshour science correspondent)

One of the Best Books on UFOs That Is Out There

This book is SO well researched and executed that it is hard to believe it was the undertaking of a single person. As far as books on the subject of UFOs go, I rank it up there with books such as J. Allen Hynek's "The UFO Experience" as well as "UFOs and Government: A Historical Inquiry".

Much of the book is testimonials from extremely reputable people and high ranking officials regarding the secrets the government is hiding. If these facts are indeed true, this is one of the most important pieces of research to humanity EVER compiled.

This book is truly a mind-blowing experience.

Most Reasonable Book on UFO's

There is sooo much garbage out there on the topic of UFO's, written by nutty ufologists or by arrogant debunkers. It was nice to get a book that looked at the subject from a logical, reasonable perspective. Credible witnesses presented with thoughtful analysis by the author, and no nutty claims one way or the other.

What was one of the most memorable moments of UFOs: Generals, Pilots, and Government Officials Go on the Record?

I really enjoyed the account of the Iranian Air Force pilot who played cat and mouse with a UFO back in the 70's (Iran was a close friend of the US back then). And I especially enjoyed the thoughtful analysis of our government's position on UFO's by two respected university political science professors.

Keep your mind open. Listen, like a juror would listen to testimony. You make the call. This is a book for peoplke who like to think through things, not make knee-jerk reactions based upon a mind that is already made up.

I took a chance but enjoyed the ride

Full disclosure: This is not usually my genre. However, the information presented in this book, if true, presented a plausible and rational approach to a bizare phenomenom. The information is presented in a clear and compelling manner that doesn't come off as dogmatic or assumptive. "Belief" is not a word I would associate with this book. Rather, the author presents a compelling case for further investigation (without any predetermined bias) of a popular (more so than I previously imagined) occurance.

A must listen esp if you know the current facts

If you've ever been interested in the UFO phenomenon but didn't know where to find realistic, serious coverage of the subject, this is the place to begin...well-written and researched and all around a very enjoyable listen!

The information in this book is beyond fascinating. It's the most researched and well supported documentary on aerial phenomenon I've ever heard of. I've worked in and around one of the most famous military research agencies dealing with these phenomenon and i know what I'm talking about. However that is the entirety of the what can be said that's positive about this book. Monotone and droning would be a compliment to the narrator. I've heard more inflection from a 1980's video game voice. As if that weren't enough she mispronounces common words some of which (AUTHORities, caset tape, etc...) are used in every other sentence. The authors continual attack on the US and US AUTHORities and their incompetence and how they lie to the public and how superior the European and Middle Eastern governments were in sharing information made me wonder if she ever considered that just maybe the US AUTHORities knew some things it might be better she didn't? From her tone I'm sure she feels far superior to .... well just about anyone ... so probably not. Too bad. Good research. Terrible researcher and worse narrator. I forced my way through it to get the information but it's got a signal to noise ration of about 1/50...

Skeptics need to read this one

Leslie Kean takes an investigative journalist's approach to the UFO phenomenon as it has presented itself over the past 50-60 years. You will NOT find accounts of alien abduction, mind control or anal probes here. Rather, Kean focuses exclusively on documented accounts and supporting evidence from the most reliable sources--as the title states, "generals, pilots and government officials," all identified by name, title and experience. She rejects the automatic conflation of the UFO phenomenon with extraterrestrials, but does not rule out the possibility as a potential explanation for the fact of the existence of UFOs--remember, all the acronym means is that such objects are unidentified.

She presents a cogent case for the focused, open investigation of such entities in the U.S. (as apparently is the case in countries such as France and Brazil) in order to investigate what should be investigated and to cull out the more outlandish tales. By allowing the latter to discredit the former only leads to citizens being suspicious of their government and encourages the burgeoning fantasies that that surround the topic today.

My only criticism is that the book has a rather redundant format--first, Kean tells you what the primary source will say and then presents the source's statement, a format which may work better in print. Nevertheless, it's quite an informative listen--especially for those of us who are generally skeptical but still are reluctant to the dismiss ALL UFO reports as resulting from mistake, mass hysteria, fraud or delusional behavior

I disagree with the first reviewer, but it may be based on that reviewer's ongoing level of interest. I am interested in the subject from all the way back in my pre-teen years, but don't read every bit of new literature. So for me the book was very informative and well written.

On the negative side, I had to work to keep my attention on the audiobook. I found myself being put to sleep by the narration. That aside, I'd still recommend.

Best book on the subject of UFOs that I've read. The book is well researched and provides plenty of eyewitness accounts.

A little dry but very informative

This is definitely worth reading/listening to. It can be a little dry at times, but very informative & interesting. I love the way this book tackles the phenomena from a very scientific approach & addresses how it needs to be investigated. She makes no assumptions about what UFOs are or if there’s even an extraterrestrial aspect to them, but rather only sticks to facts like any scientific study. Very well done Leslie!