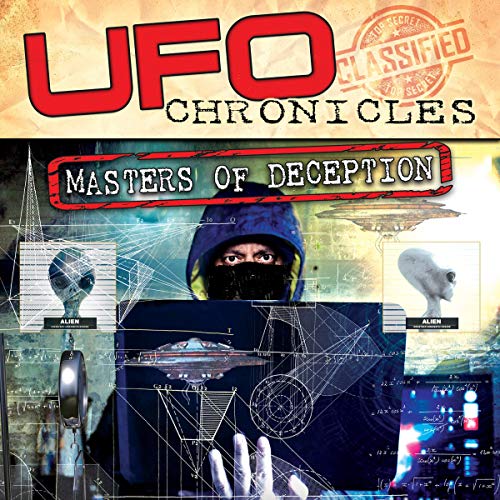 Join historian and lecturer Richard Dolan, author of critically acclaimed book series UFOs and the National Security State, and Nick Pope, known as the "Real Fox Mulder", who worked as a special investigator regarding UFOs and aerial phenomena for the UK's Ministry of Defense until 2006 and is now a freelance British journalist and media commentator on the subject.

This edition of UFO Chronicles reveals insights into the UFO enigma and the alien presence on Earth, exploring the role of global corporations and the one-world government movement and how it influences the cover-up of the UFO phenomenon today.

Richard Dolan's half of this was great and the only reason I'm giving 5 stars. His insight as always was worth listening to. Check out his website and members website. Im a Richard Dolan Member and enjoy his member content weekly. Definitely worth the monthly subscription. Look up Richard Dolan on youtube for tons of free content as well. Nick Pope's half was alright. He says at one point "The UK is not involved in a cover up" which is 100% not true and he knows it. The whole world is involved in the cover up Nick. Just because the UK has released a some UFO documents doesn't exempt them from the global conspiracy to keep a lid on the UFO phenomenon.