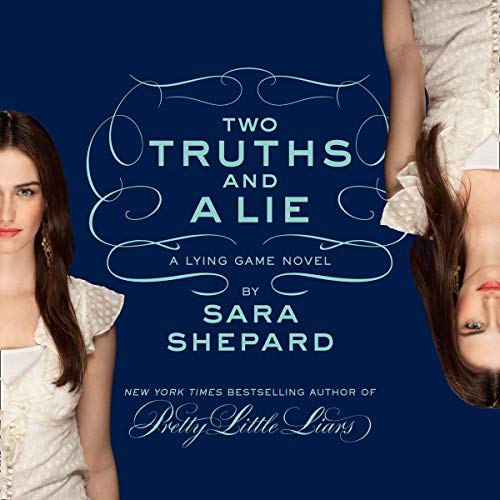 Two Truths and a Lie

Two Truths and a Lie

From the author of the New York Times best-selling Pretty Little Liars comes a killer new series, The Lying Game.

My killer is out there. And my sister might be next to die.

Two months before I died, my best friend’s brother disappeared. I have no idea where Thayer went or why he left, but I know it is my fault. I did a lot of horrible things while I was alive, things that made people hate me, maybe even enough to kill me.

Desperate to solve my murder, my long-lost twin, Emma, is pretending to be me and unravelling the many mysteries I left behind - my cryptic journal, my tangled love life, the dangerous Lying Game pranks I played. She’s uncovered my friend’s darkest secrets, but she’s never had the chance to dig into Thayer’s past - until now.

Thayer’s back, and Emma has to move fast to figure out if he’s after revenge...or if he’s already got it.