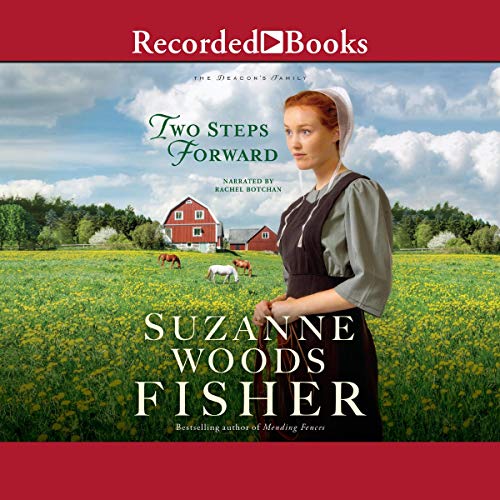 Back and broke in Stoney Ridge, Jimmy Fisher has coasted as long as he could through life on charm, good looks, and deep-set dimples. They always worked just fine for him - until they didn't. His smile has no effect on the violet-eyed beauty he met at the Bent N' Dent, the one with that stunning horse. She's offered him a job, but nothing else.

The last thing Sylvie Schrock King needs around Rising Star Farm is a grown boy working for her, especially her neighbor Edith's son. The woman holds a serious grudge against Sylvie and her son, and hiring Jimmy Fisher will only fan the flames of Edith's rancor. But Sylvie is desperate for help on the farm, and Jimmy understands horses like no one else.

While Jimmy's lazy smile and teasing ways steal Sylvie's heart, Edith is working on a way to claim her land. Has Sylvie made another terrible mistake? Or is it too late to outfox the fox? More importantly...just who is the fox?

Writing with both wit and warmth, Fisher delivers a supremely satisfying conclusion to the popular Deacon's Family series.

This is another great continuation from the other two books. Once again, it handles some pretty tough subjects... but oh what a wonderful book it is! I hope she does another to continue on all their stories.

This book shows why abortion is wrong and the lives and blessings we lose when it happens.

wonderful continuation of this series

I loved the story line, bringing the bible into the story was great, I'm hoping for more in this series, I want to hear how everyone was.

Loved this series and the final book ties it all together. The characters are flawed human beings like we all are. The redemptive love and mercy of Christ enable positive actions that bring encouragement and change in the lives of their community and friends.