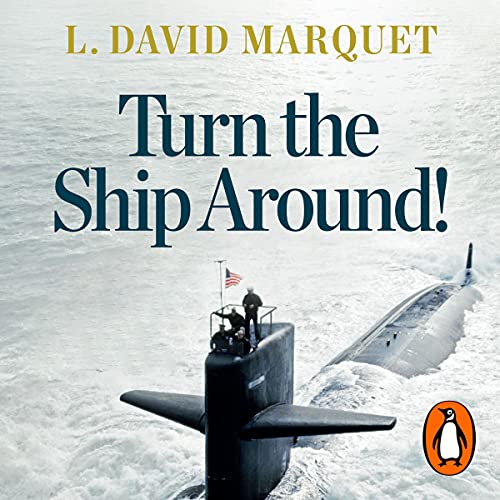 Turn the Ship Around!

Captain David Marquet was used to giving orders. In the high-stress environment of the USS Santa Fe, a nuclear-powered submarine, it was crucial his men did their job well. But the ship was dogged by poor morale, poor performance and the worst retention in the fleet.

One day, Marquet unknowingly gave an impossible order and his crew tried to follow it anyway. He realised he was leading in a culture of followers and they were all in danger unless they fundamentally changed the way they did things.

Marquet took matters into his own hands and pushed for leadership at every level. Before long, his crew became fully engaged and the Santa Fe skyrocketed from worst to first in the fleet.

No matter your business or position, you can apply Marquet's approach to create a workplace where everyone takes responsibility for their actions, people are healthier and happier - and everyone is a leader.

"David Marquet is the kind of leader who comes around only once in a generation...his ideas and lessons are invaluable." (Simon Sinek, author of Start with Why)

Got this book from my Manager!
That’s a message
Five Stars for many aspects of modern Leadership

It is fun to listen to the story and the lessons are well structured. Normally, such a book would take me about 2 weeks to finish, but this one was so captivating, that I listened to the whole book in just 3 days. One minor annoyance: A few times, a sentence is read twice. I don't know why since it doesn't add any value, but as it doesn't happen too often, it is okay.