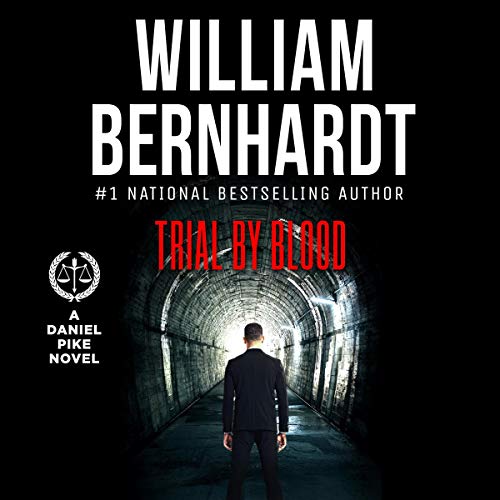 A billion-dollar inheritance. A relative’s suspicious reappearance. Can Dan dig up the secrets of the past before he’s buried six feet under?

Attorney Daniel Pike’s flashy courtroom antics have earned him plenty of enemies - but also freed many innocent people. When he learns that the same crooked cop who got his father locked up for life is testifying in a contested-identity suit, Daniel takes the case. But it won’t be easy to prove his client is the long-lost heir to an immense estate since the young man can’t remember the last 14 years....

His civil litigation becomes a criminal trial when another heir is violently murdered and the mysterious amnesiac looks like the prime suspect. Battling vanishing evidence, political interference, and a brutal attack on his life, the savvy lawyer knows he’ll need to put on his best performance yet.

Can Dan clear his client’s name and inheritance? Or will they both pay with their lives?

Trial by Blood is the third book in the nail-biting Daniel Pike legal thriller series. If you like sinister conspiracies, brash attorneys, and dark-alley danger, then you’ll love William Bernhardt’s addictive novel.

Buy Trial by Blood and take a crack at injustice today!

Author should not perform his book

Mr Bernhardt shouldn't nor perform his book. it was tedious to listen to him drone on. I thoroughly enjoyed the story, but it would have been more enjoyable with a seasoned voice performer.

another great book in the series

The judge made it impossible to finish

Seriously I cannot finish it because of the judge, I just do not understand why the author thought putting the character in the book was a good idea.