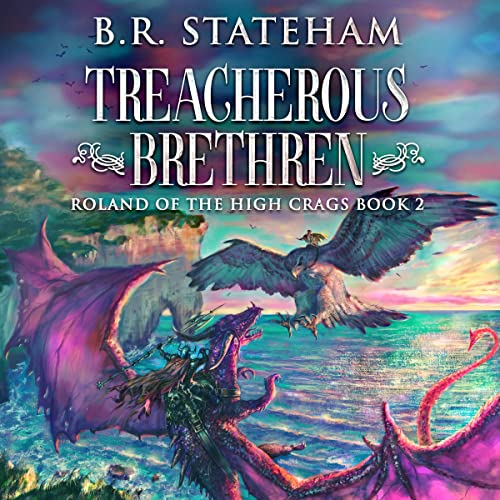 The war between dragon and man rages on.

Roland swore to protect and raise the small dragon princess as his own. Feared by humanity and dragonkind alike, the warrior monk is a renowned swordsman, and his skill in Netherworld magic is legendary.

However, it is the child who fuels the fear burning in the hearts of both dragon and man. For the child is more than a child: She is a weapon, designed by the dark gods to unite all dragonkind under one banner and wage the final war against humanity, wiping them out forever.

Roland has made an allegiance with the dragon child, threatening both dragon and man. Their enemies want them found and destroyed before it's too late. Soon, the warrior monk's resolve and strength will be put to the ultimate test.

A riveting epic fantasy adventure, Treacherous Brethren is the second book in B. R. Stateham's Roland of the High Crags series.