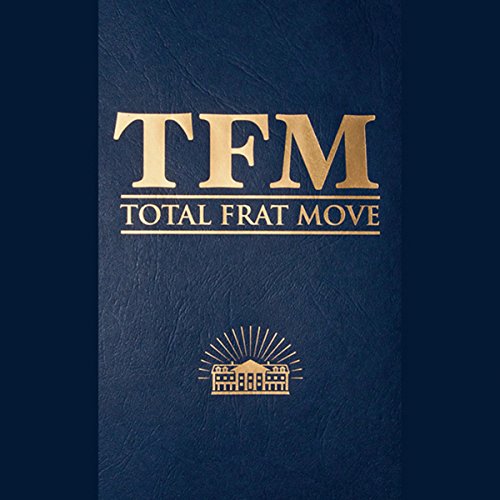 Set The Rum Diaries or I Hope They Serve Beer in Hell in an out-of-control fraternity house, and you get Total Frat Move - the next (d)evolution in college debauchery.

Put simply, it is time for a national update on college fraternities. Greek life today makes Animal House (now more than three decades old) look like a Pixar movie. The Total Frat Move website and twitter feed were created to fill this vacuum for "fraternity humor", and both went viral the minute they hit the web - and have not stopped growing since.

"The website is so awful, so atrocious, it has been my policy to call for the immediate annihilation of its users. They should have their toes chewed off by rabid weasels, at the very least."
—Robert Beckhusen, The University Star

This audiobook of completely new narrative material will give everyone a chance to experience the glory that is college life through the eyes of Townes Prescott III, the fictional epitome of a hard-partying fraternity member. Prescott will guide listeners through all of the "nuances" of 21st century frat life, including unforgettable events such as rush, bid night, hell week, tailgating, and road trips. While the stories have been fictionalized for the sake of narrative, variations of everything in the audiobook happen every year in colleges across America.

Also included are the best one-liner TFMs and photos from the Total Frat Move website.

Waking up in the hospital with your fake ID's name on your wristband. TFM.