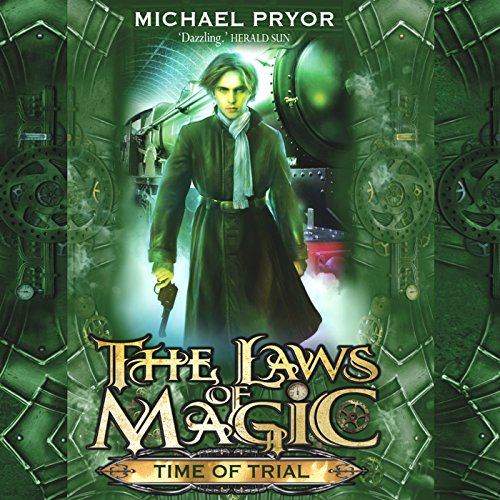 After narrowly escaping the worst fate imaginable, Aubrey realizes there's only one thing left to do - he must confront his nemesis on his own evil ground.

It may look like a simple wire device, but the Beccaria Cage could be the cure for Aubrey's condition: a way to reunite his body and soul. But can Aubrey solve its mysteries while Dr. Tremaine's warmongering machinations gather pace? After magical confrontations, near-death experiences, and the appearance of new allies and new enemies, Aubrey decides that there is only one thing to do: carry the fight to the enemy.

Thanks to a fortuitously timed symposium, Aubrey, George, and Caroline accompany Lady Rose and Prince Albert to Holmland - into the heart of hostile territory - only to find the city of Fisherberg infested with ghosts, brigands, and shadowy figures with agendas of their own. While trying to prevent a war, could Aubrey Fitzwilliam inadvertently trigger one?